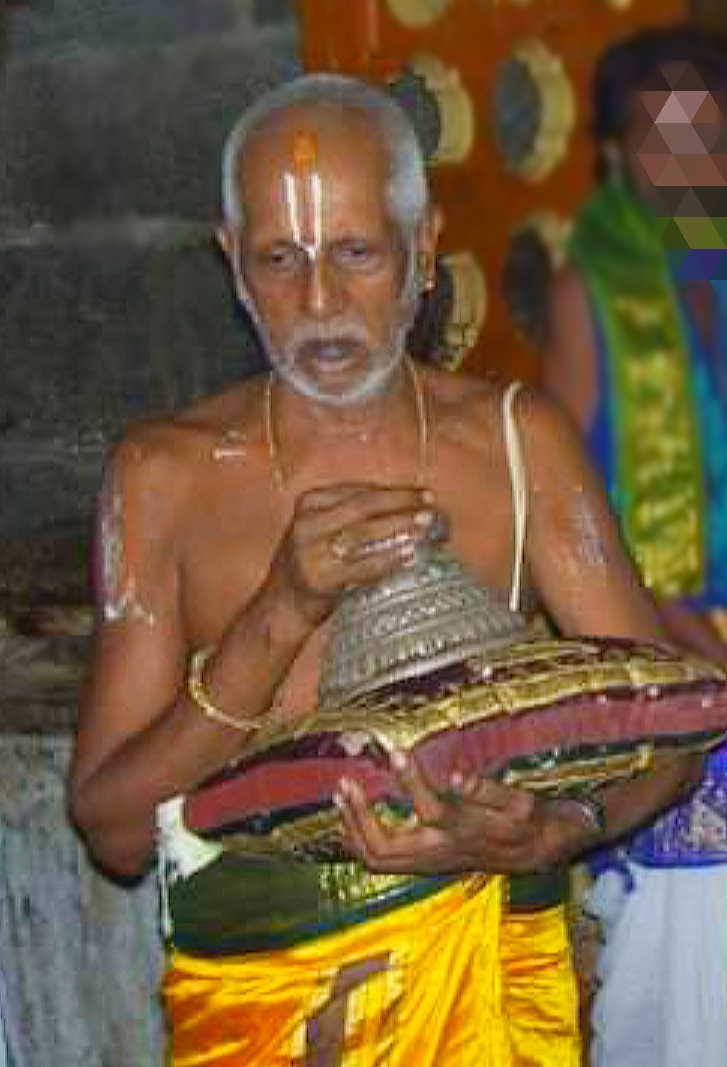 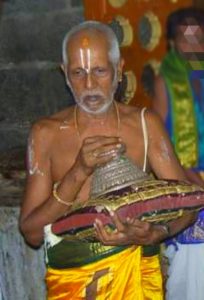 In the temple circles, he was popularly known as ‘Chellapillai’ Bhattachar, a name that his grandmother kept after the lord of Thiru Narayanapuram, Melkote. He belonged to the 11th generation of his clan who performed Thiru Aradhanam at the Adhi Kesava Perumal Temple in Mylapore.

An expert in Vaikanasa Agama, he was also initiated into Sanskrit Kaavyams at a very young age.

He had been performing daily Thiru Aradhanam at Sri Adhi Kesava Perumal Temple for the last 70 years having joined service at the age of 14, way back in Panguni of 1950.

27 year old G Srinivasa Raghavan, his grandson says that during the lockdown, since the temple was closed for devotees, they had suggested that he move to a relative’s house in an ancestral village near Chengalpet but he refused to move away from Sri Kesava Perumal of Mylapore where he had performed service for seven decades.

“He dedicated his entire life to the service of Kesava Perumal. Once in a while, he would visit Sri Parthasarathy Temple in Thiruvallikeni but otherwise he was always seen at Sri Kesava Perumal Temple,” said Raghavan.

Even during the lockdown and despite his old age,  he had been performing service at the temple.

Just a fortnight ago, his nephew, 64 year old Kumar Bhattar passed away. Srinivasa Raghavan says that the sudden death of his nephew saddened him a lot and he was continuously lost in thoughts of his nephew in the days following his death.

Since the age of 19, he has been reciting Ramayana and he completed one such reading of the entire Ramayana last year as well. Srinivasa Raghavan spoke to his grandfather over phone on Saturday evening and says that his grandfather was cheerful and chanted slokas of Lord Rama and the death has come as a big shock to the entire family