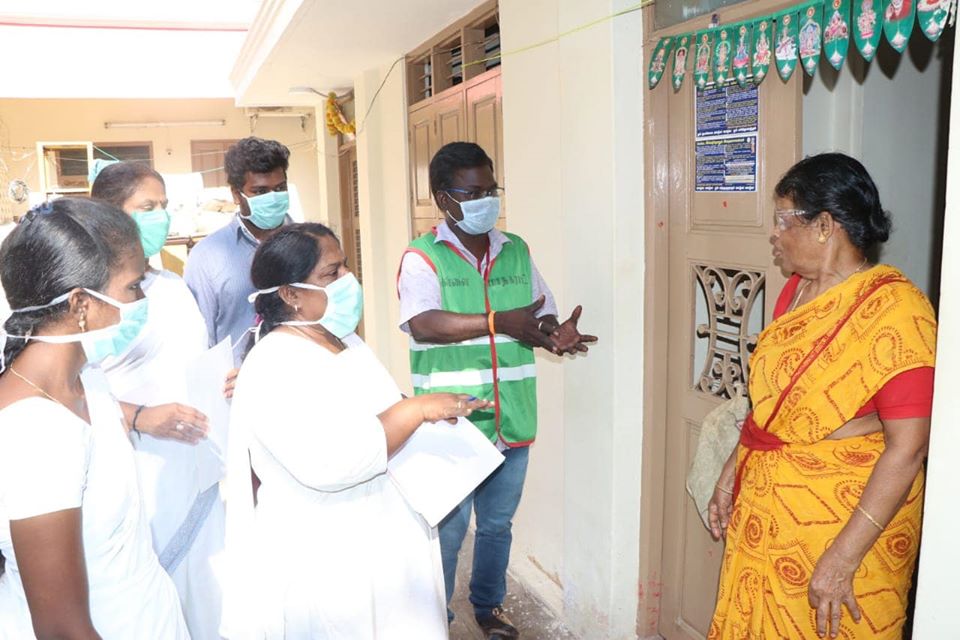 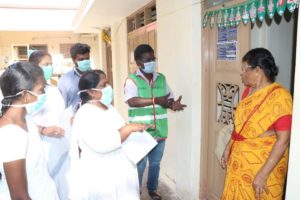 Chennai Corporation has started intensifying virus containment activities in the neighbourhood. This is being carried out as the virus cases have been steadily increasing since the past few days.

Now, to control the virus spread the civic body has increased the fever camps and testing.

Says a nurse attached to ward 123 of Chennai Corporation, “In each ward, fever camps have been increased from one to three per day.

During a fever camp, a Corporation doctor visits a designated area and tests its residents for fever. And if people are found having fever, they are immediately sent for testing.”

Earlier, she says testing was taking place only if people had prolonged fever and other virus symptoms (cough, breathlessness).

7 wards of Chennai Corporation (Ward 121 to 126 and Ward 173) fall under Mylapore area. And these containment activities are taking place at all them.

The Corporation has also roped in NGO volunteers to assist them with door to door survey. The nurse says that each NGO volunteer has been alloted a population of 300 for the survey, that is intended to identify residents with virus symptoms.

Starting today, kabasura kudineer packets are also distributed at the houses visited by surveyors. Each member of a household is also given three masks.