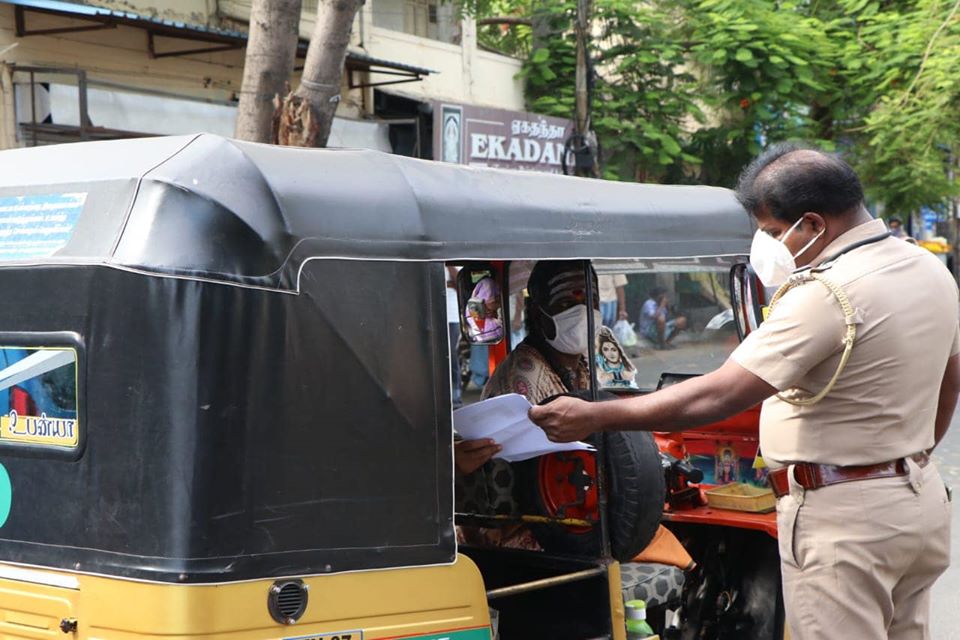 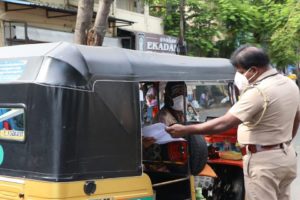 It started the way a lockdown must be. And has ended that way.

Day One of ‘intense’ lockdown saw minimal vehicular traffic on the main roads and streets, people keeping to their homes and shoppers few and far between, as word went around that police would not spare those who loitered or used bikes to shop.

Shopping at local stores was sparse, as was the demand for takeaways at restaurants that are open – like Nithya Amirtham and Sangeetha on the mada streets.

Police tried out a robot to run on South Mada Street and alert people around a hawker stall not to crowd around. It also had a camera fitted on it.

Police were stationed at road junctions and only those with valid passes could move freely. All flyovers and some busy market zones were fully barricaded since last evening. Barricades were pulled across busy junctions to slow down vehicles.

As night fell, even hawkers closed up early and most streets were deserted.

During the day, teams of health workers knocked on doors to record body temperature using the laser guns given to them.