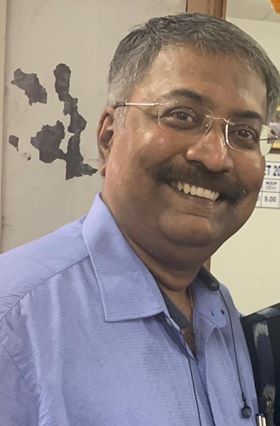 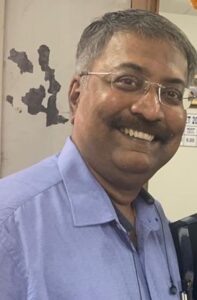 M. N. Raghunathan, a feted officer of Life Insurance Corporation who grew up and worked in Mylapore passed away recently.

He lost the battle against the virus on June 26.

He was a resident of Mylapore for a good number of years of his life. He did his schooling in San Thome High School, followed by undergraduate studies at Vivekananda College.

He joined as a development officer in LIC, Mylapore in the year 1990 and was said to have been an outstanding performer ever since, rising to the top in the Chennai Division.

Friends say he was an excellent mentor and successfully guided over 100 agents under him, including a 83-year old. He was fondly known as “MNR” in his office.

Friends said he was a compassionate person, who always lent a helping hand. Those who knew him when he lived in San Thome / R A Puram said they were shocked at the news of his death and recalled many happy times spent locally.

The family moved to live in Gandhi Nagar, Adyar. He is survived by his wife Smita and daughter Nisha, who is a doctor by profession.