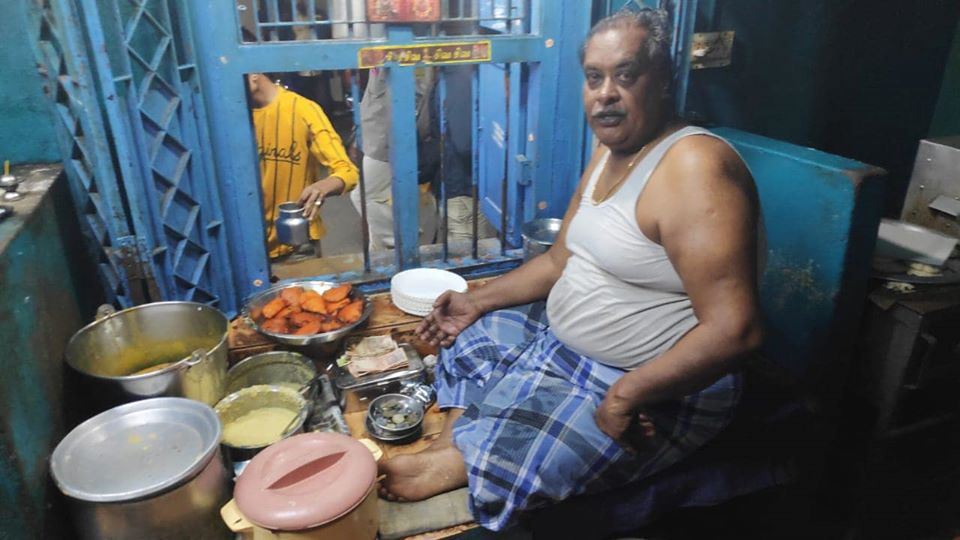 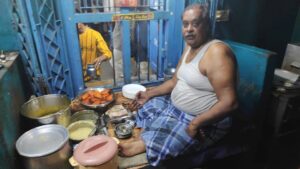 One of the persons behind Janal Bajji Kadai, the hugely popular snacks joint, Ramesh alias Sivaramakrishnan passed away on July 5.

Relatives of the family said he was admitted to hospitals for some illnesses and that a Covid test later turned positive.

The body was moved to a city crematorium for the final rites, directly from the hospital.

Operated out of a house on Ponnambala Vadyar Street, the food here was handed over to customers through a grill-less window which went on to earn the name for this ‘nameless’ food joint.

Idlis and pongal was served in the morning and bajjis and bondas in the evening – and its chutneys were something special that foodies raved about.

Sivaramakrishnan was the face of this shop; he often assisted his brother Chandrasekaran and his wife in the business and was stern with clients who either tossed off the paper plates instead of placing them in a bin or pushed themselves to get their orders. Plus, he shooed people who wanted to click photos of the ‘janal’ or of himself behind it.

The bajjis and bondas were the most popular evening time snack ( pongal was the sold-out item in the mornings) and many Mylaporeans swore by the food, gobbling up on their way out of Sri Kapali Temple or on local shopping errands.

It was one of Mylapore’s must-visit joint for those on Food Walks seeking the city’s quaint and traditional food spaces.

Giridharan Kesavan : Been there so many times. This was on top of my list of places to visit after lockdown.
Revathi Natarajan: Everyone at home used to visit Jannal Bajji Kadai and have bajji whenever we go past Sri Kapali Temple…

Hemalatha Ramani : It was a window of great promise. For them, it was a window that brought them their regulars, appreciative of their culinary skills. For us, it was a window into a bygone era of magic when grandmothers sat for long at the stove dishing forth magic.

Brindha Manickavasakan : I have had some yum bajjis here, wonderful memories near this kadai.

Rekha Raja : He was a senior auditor at Acct. General’s office. We met him when we were doing our training at the AG’s office and he used to enquire every time we visited his shop.

Narayanan Ravishankar : This is shocking news; the best bajjis and chutney one can ever have.

Vallabha Srinivasan : Could not my control tears. Such a nice person he was. Feeding so many bachelors and poor people. He would give away a hot plate of bajjis to the poor if they appeared in front of his shop. My kids liked his bajjis and chutney so much.

Harish Sridharan :  This is a one of a kind concept in the entire city.. Pongal used to be awesome in the mornings.

UPDATE ON THE NEWS: Chandrasekaran has clarified that he was the owner of the shop and that his brother who passed away only assisted the family mornings and evenings. He said that reports saying Ramesh alias Sivaramakrishnan was owner of the business were factually incorret.

Editor’s Note: Following the family’s statement to some media, Mylapore Times corrected some parts of this report. This was done on July 8.

2 Comments on “Face behind popular Janal Bajji Kadai passes away; tributes flow in”