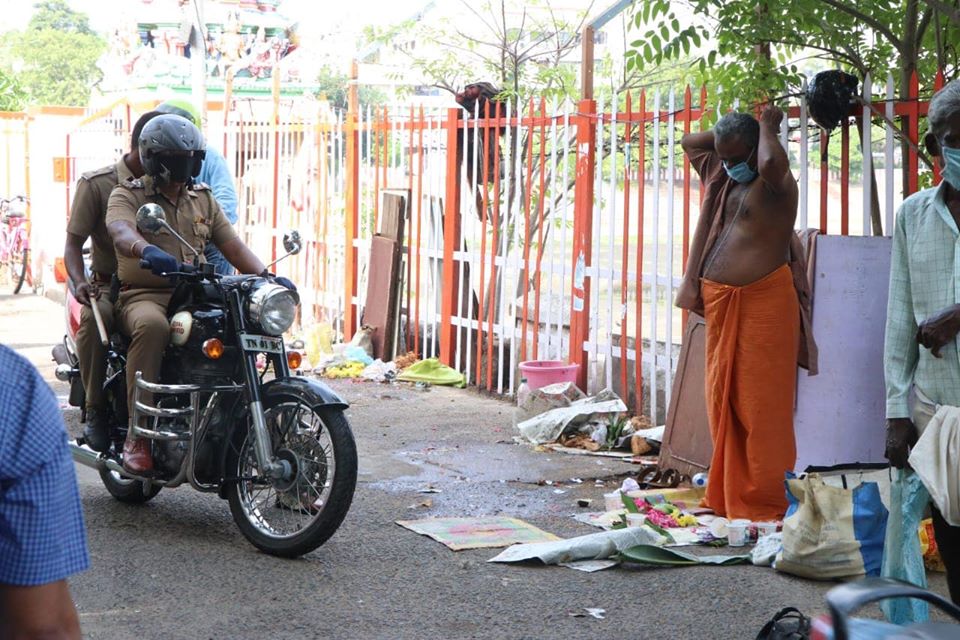 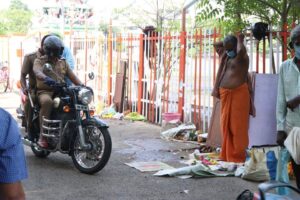 Police have been discouraging people from performing Aadi amavasya rituals around the tank of Sri Kapali Temple in Mylapore since early Monday morning, July 20.

Police were seen patrolling the R K Mutt Road and mada street zones and asked people who had sat down for the ritual early to pack up. Police said such open practices during the pandemic could not be allowed.

Hundreds of people head to this area on this day to pray for their ancestors and on a normal aadi amavasya morning, the top steps inside the tank and the East Tank Street and R K Mutt Road pavement is choc-a-bloc with people and priests.