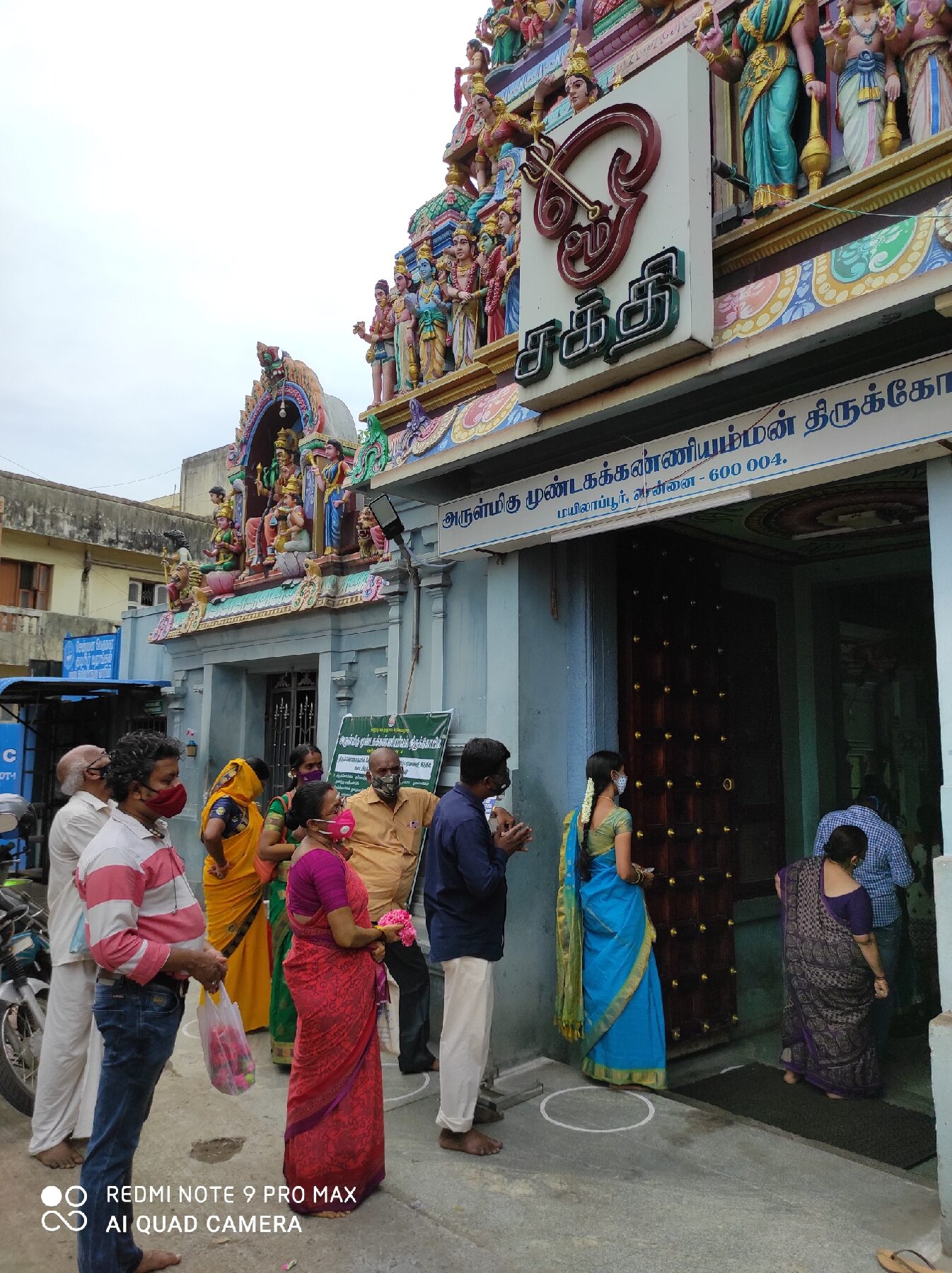 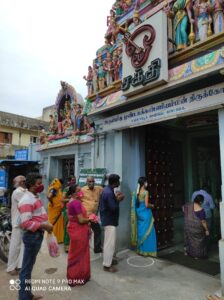 Said Ashok, a devotee, who was here with his wife, “We were excited to see the Amman after several months.”

Another devotee Mahalakshmi said, “Staying away from Amman was quite difficult. I’m glad her shrine has re-opened.”

The managers of the temple have also made arrangements to prevent crowding. Said a temple staff, “As per government regulations, only the main shrine has been opened.”

Circular markings have been made for devotees to maintain social distancing. Hand sanitisers are provided at the entrance. And a temple staff is deployed to check temperatures of devotees. Also, wearing of masks is made mandatory.

However, some devotees, who were here yesterday at noon, were seen crowding and not wearing masks properly. The temple’s staff then had to instruct them to follow regulations.

The temple will henceforth be open on all days between 6 am and 12 pm and from 4 pm to 8 pm.