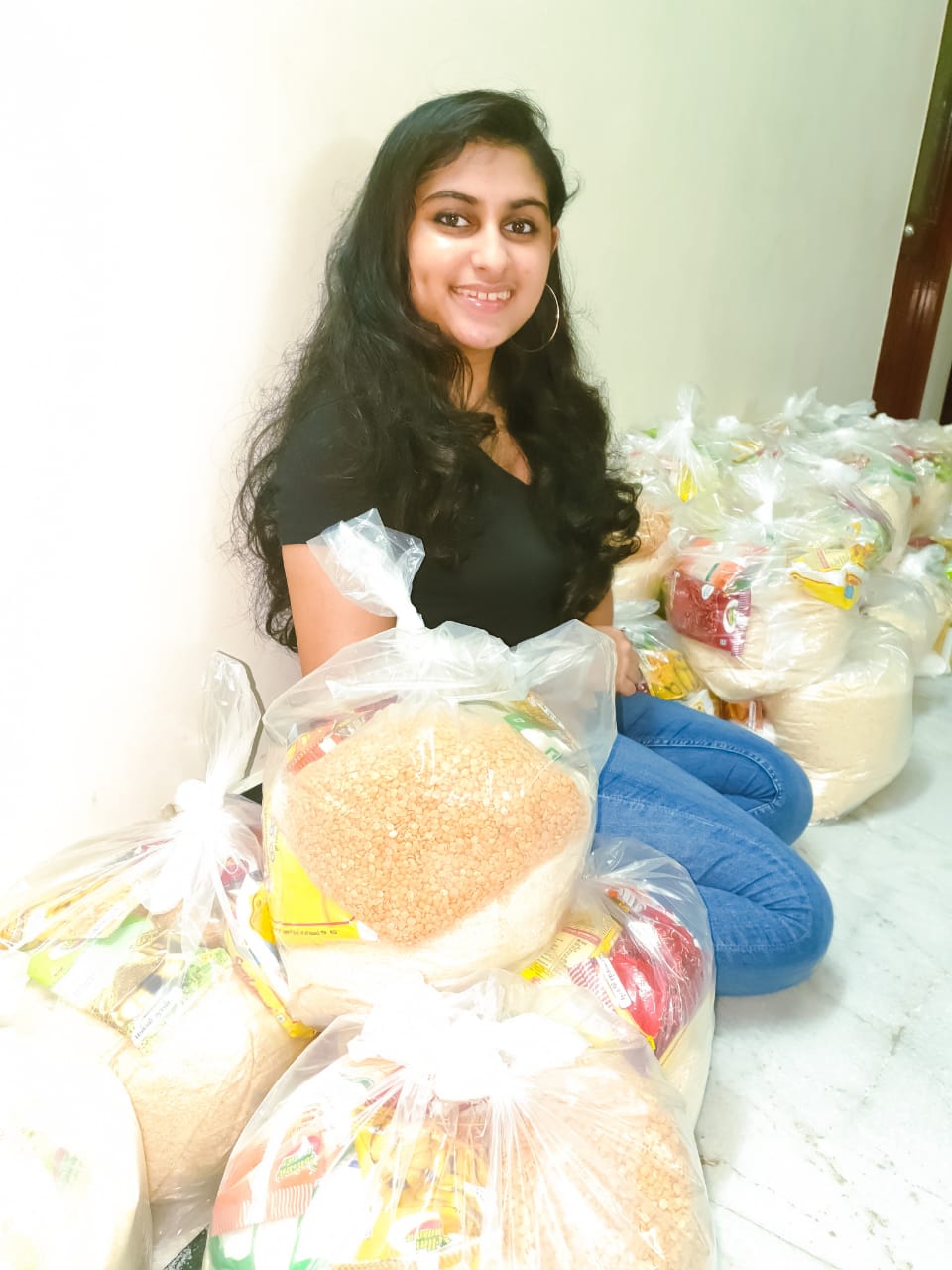 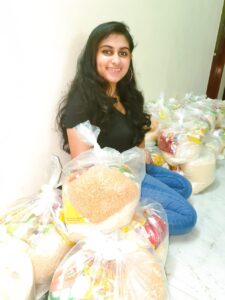 Megha Sivakumar has just completed her Class 12 from Chettinad Hari Shree Vidyalayam in R. A. Puram. The pandemic has upset her college-plans but this teenager has taken this hiccup in her stride and done something positive the past months.

Watching on TV the stories of people affected by the lockdown, she began to toss an idea – on ways to launch a project that would help people in her neighbourhood who had lost their jobs.

‘The journey started in June with me realizing the amount of privilege I have and how with that privilege I can help those who are in need,” says this resident of Seethammal Colony Extension, off TTK Road.

How did she raise the money?

By spreading the word among her friends and setting up G-Pay and PayTM accounts for easy payments. She also posted her idea on her social media pages. The donations began to trickle in.

As the donations flowed, Megha expanded her appeal to a wider segment of people and tapped her family’s contacts. Her parents and her brother created some buzz.

Says the teen, “Friends and relatives who lived overseas thought this would be a trustworthy cause and sent me donations.”

“It was a pleasant shock for me and I was determined to do a good job since so many people had put their faith in me. Since it was my project, I decided to do the bulk of the jobs myself, taking some help from my parents when I needed. I had to manage the accounts and created a WhatsApp group for all those who wanted periodic updates about what was happening,” she says.

The next challenge was to identify what people needed, how to procure these goods and distribute them.

Megha says she sought help from her parents. They identified a city NGO with prior experience in this field and decided on a package of essential dry food items – rice, toor dhal, cooking oil, salt and spices.

These bags were to be donated to 350 families in Baruva Nagar, a colony located off K. B. Dasan Road, not far from her place.

This process had its hiccups too –  as her team was packing the foodstuff, work had to be put on hold due to second, long lock down imposed in Chennai.

Her team then got into the act in August. The NGO procured the provisions and packed them into bags. The family members and some volunteers chipped in.

The Mylapore MLA’s office offered to help Megha plan the distrbution in an orderly manner. This was done on August 21.

Megha says the MLA was impressed by her resolve to help others and praised her at the gathering and on his social media page.

Megha says she has grown a lot from this experience. “Being a part of each step of the process helped me understand the amount of work that goes into a project like this.  I also learnt that such work is possible only through team work and collective effort. We cannot keep talking of change but need to act and make a difference”, she says.