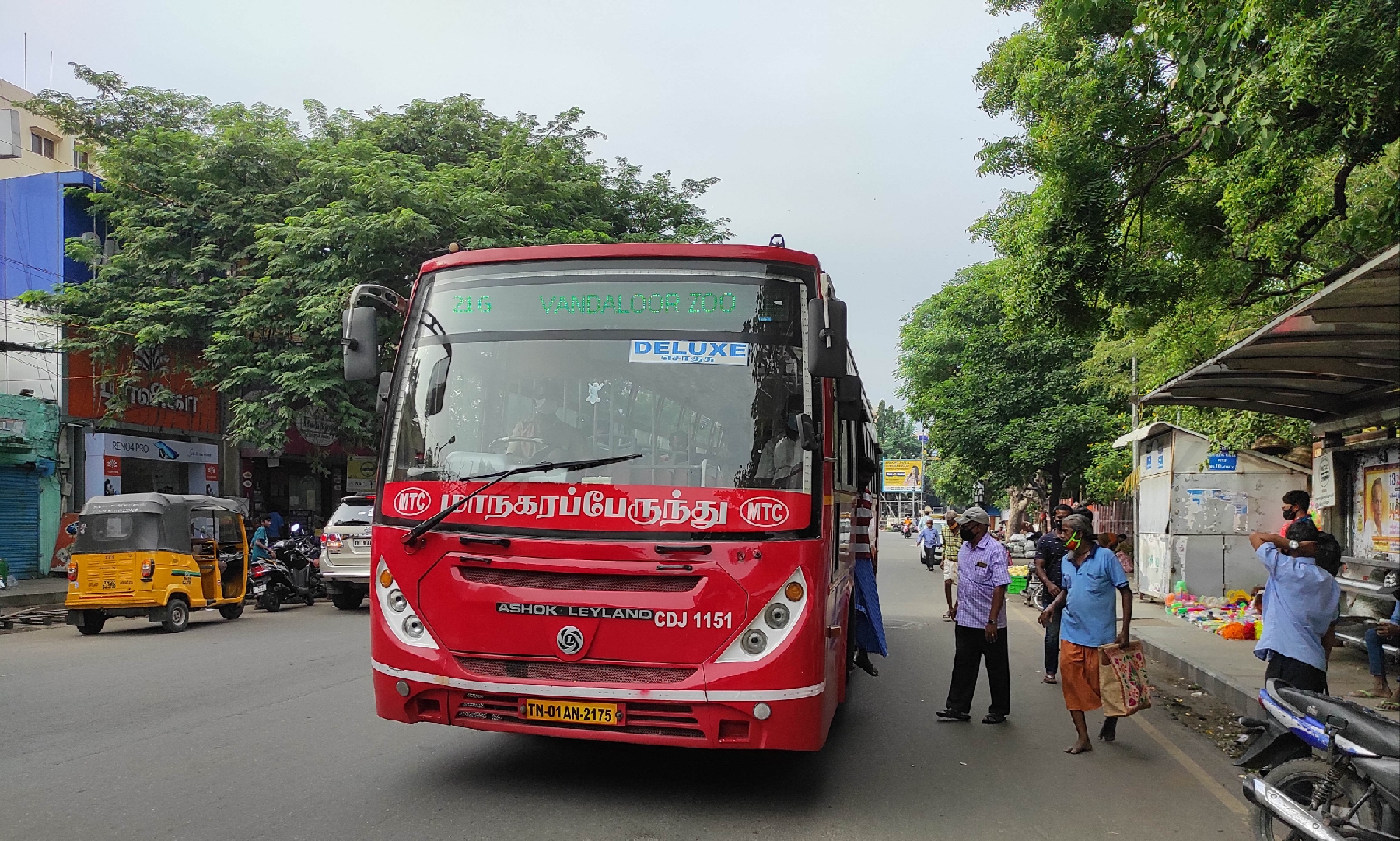 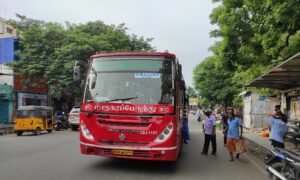 Now, the official who manages the terminus’s operations says that only fewer people are travelling via bus, these days.

Said an official, at the Time Office here, “We get a good number of passengers only for an hour in the mornings and evenings when people commute to their office or go back home.”

“But at other times, only a handful are using the buses.”

Prior to the lockdown in March, the terminus used to handle some 60 buses in various routes.

“We used to run buses in 6/7 routes from Mandaveli to places including Poonamallee, Parrys and Ambattur. But now, only 35 to 40 buses are operating in each route as per government regulations.”

The official says that all precautions are followed at the buses to prevent virus spread. “To ensure the usage of hand sanitisers, passengers are asked to enter only via the rear door of the bus. We also ask the public to wear masks.”