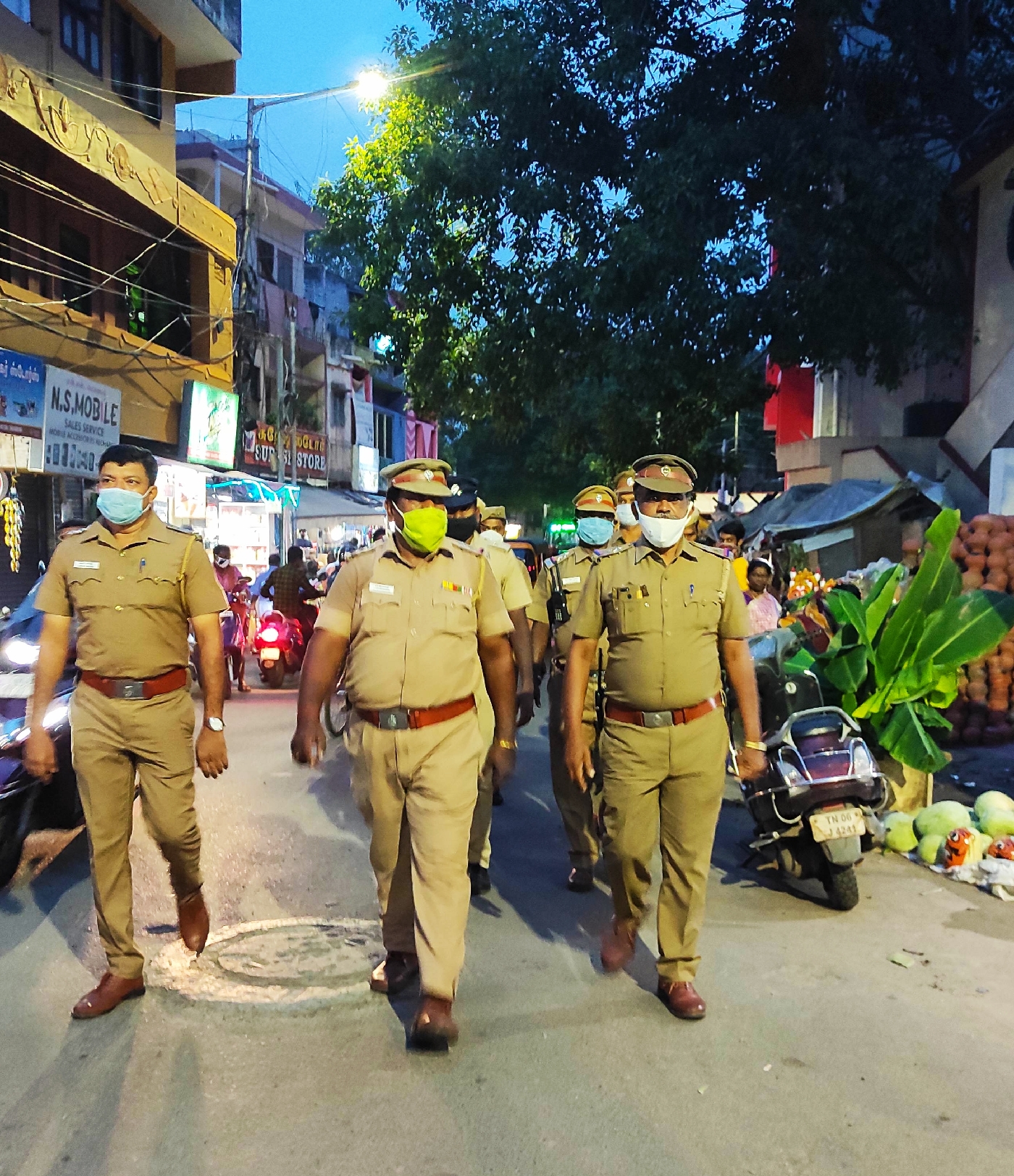 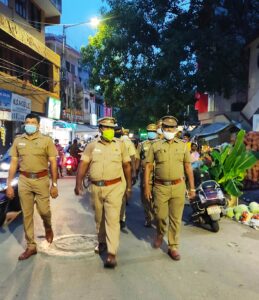 Since the past few days, policemen have been carrying out foot patrolling in the neighbourhood

On an evening, this past week, a group of police officers from Foreshore Estate station were on a foot patrol at Mandaveli market.

Chennai police re-introduced this system, a few weeks ago.

Said A. P. Basha, Inspector, Foreshore Estate Police station, who was leading the team, “To prevent crime and make ourselves (police) more accessible to the public, our Commissioner Mahesh Kumar Aggarwal has re-started foot patrols – the oldest system of patrolling that used to be a norm in the 80s.”

“With the advent of patrolling bikes and cars, this system was discontinued.”

Now, Inspector Basha says they carry out foot patrols at key areas of the neighbourhood, regularly for two hours in the evenings.

“On our patrol, we also advise people to wear masks. And encourage them to reach out to us if they face any issues.”

It’s a new experience for us too, he adds.