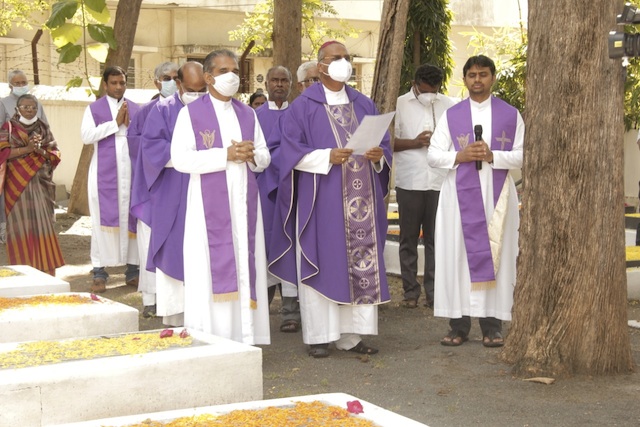 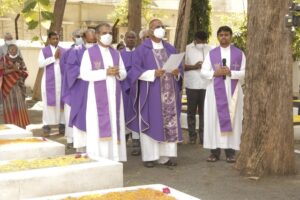 This is an annual religious service. Celebrating Holy Mass in remembrance of dead priests of the Catholic diocese of Madras-Mylapore at the graveyard for them in Luz.

This service is held days after the Catholic community commemorates All Souls Day on Nov.2, a day to remember and pray for the departed.

On Saturday, Nov.14, archbishop Rev. Dr. George Antonysamy led his brother priests at this special service. The graves of the priests in the yard adjoining Our Lady of Light Church in Luz were blessed and later, a special Mass was celebrated inside the Church.

Besides the two vicar-generals of the diocese, some 20 priests who head various churches in the city took part in this service. 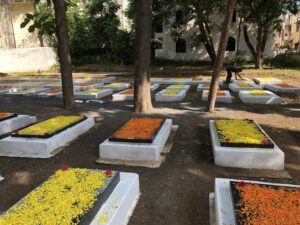 Said Fr. Peter Thumma, parish priest of the church in Luz, “In ordinary time, we celebrate the Mass in the open here and invite people to take part in it but this time, due to the pandemic rules, only a few people were allowed to join the priests and the archbishop at the service.”

The diocese has lost two priests to Covid this year and both were buried in this graveyard as per pandemic time regulations. All priests of this diocese who pass away are buried in this special graveyard, maintained by the church in Luz.