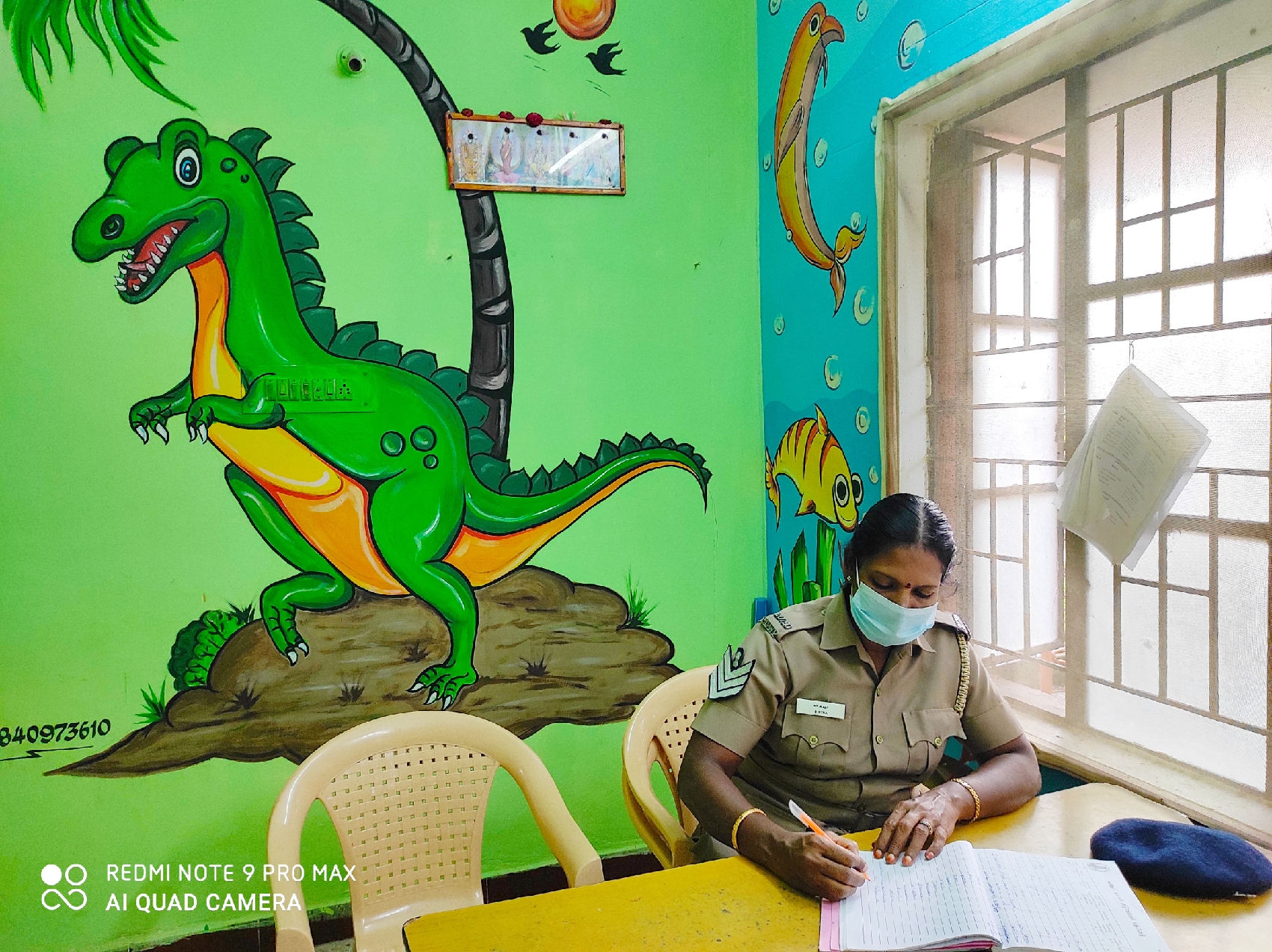 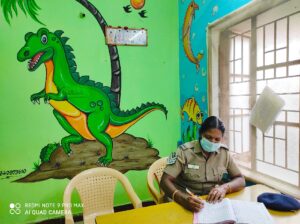 With colourful walls and a variety of cartoon images, the All Women Police Station at Kutchery Road, Mylapore bears a fresh look now.

In an effort to make it children-friendly, the station’s walls have recently been re-painted with bright colours.

Cartoon images of fish and dinosaur have also been drawn on it.

Says a woman police at the station, “Many a time, when we deal with child abuse cases, children have to be brought to the station for questioning. However, they tend to get scared after seeing us and the station.”

“As a result, they do not express their issues freely. Hence, we have re-painted the station to make it more children friendly.”

She adds that women police stations across the city have been re-painted this way.