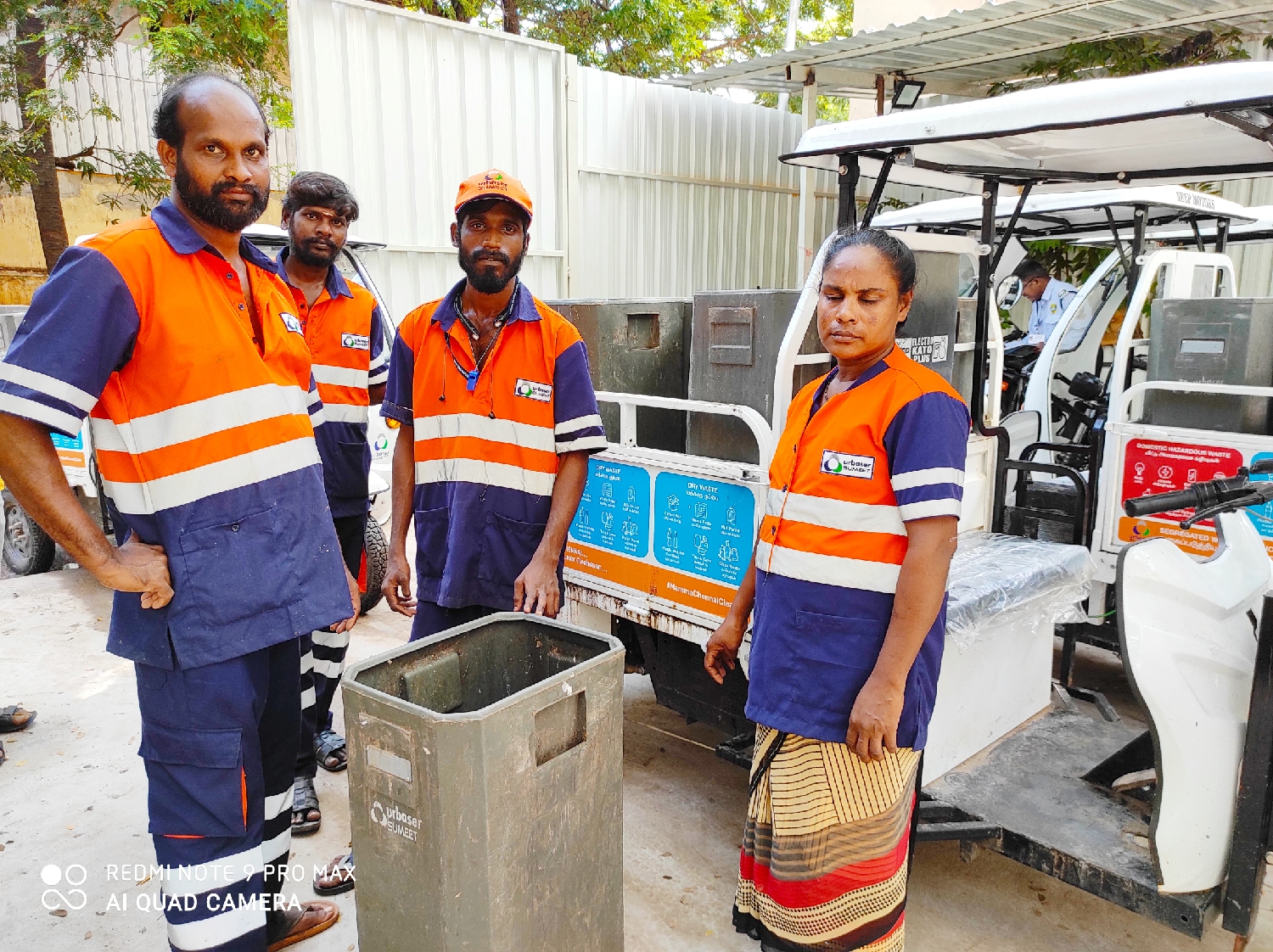 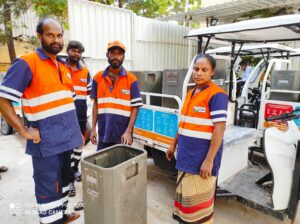 Since then, its workers have been using battery-operated vehicles (BOVs) to clear garbage in the neighbourhood.

As the agency’s focus is source segregation of waste, wet and dry waste are collected separately in grey coloured bins, that are placed in the BOVs. The waste is then transferred to the street corner bins.

Says a Urbaser worker, who collects garbage in the neighbourhood, “As the bins’ rim is curved inwards, we do not have any grip to lift it.”

In addition, he says the bin also has a projection that is curved inwards. “Due to this, garbage gets stuck when we upturn and tilt it in the street corner bins. And hence, every time we are having to manually remove garbage with our hands.”

Says a woman worker attached to Urbaser, “Since there is no grip, we are having to tilt the bin holding its bottom rim. But even while holding the bottom rim, we are not getting a good grip. It keeps slipping into the larger bin.”

The work is more strenuous as we are lifting the entire bin along with garbage. Now, the bin itself is heavy. Hence, lifting it with garbage becomes more difficult, she says.

Says another Urbaser worker, “The bin’s weight coupled with its poor design makes it impossible for us to collect garbage up to its full capacity. We are able to collect waste only up to its half capacity as its heavy to handle the full one.”

The workers also point out that the constant handling of bins in this manner is giving them “severe hand and shoulder pain”.

2 Comments on “Due to poor design of bins, we are finding it very difficult to collect garbage, say Urbaser workers”