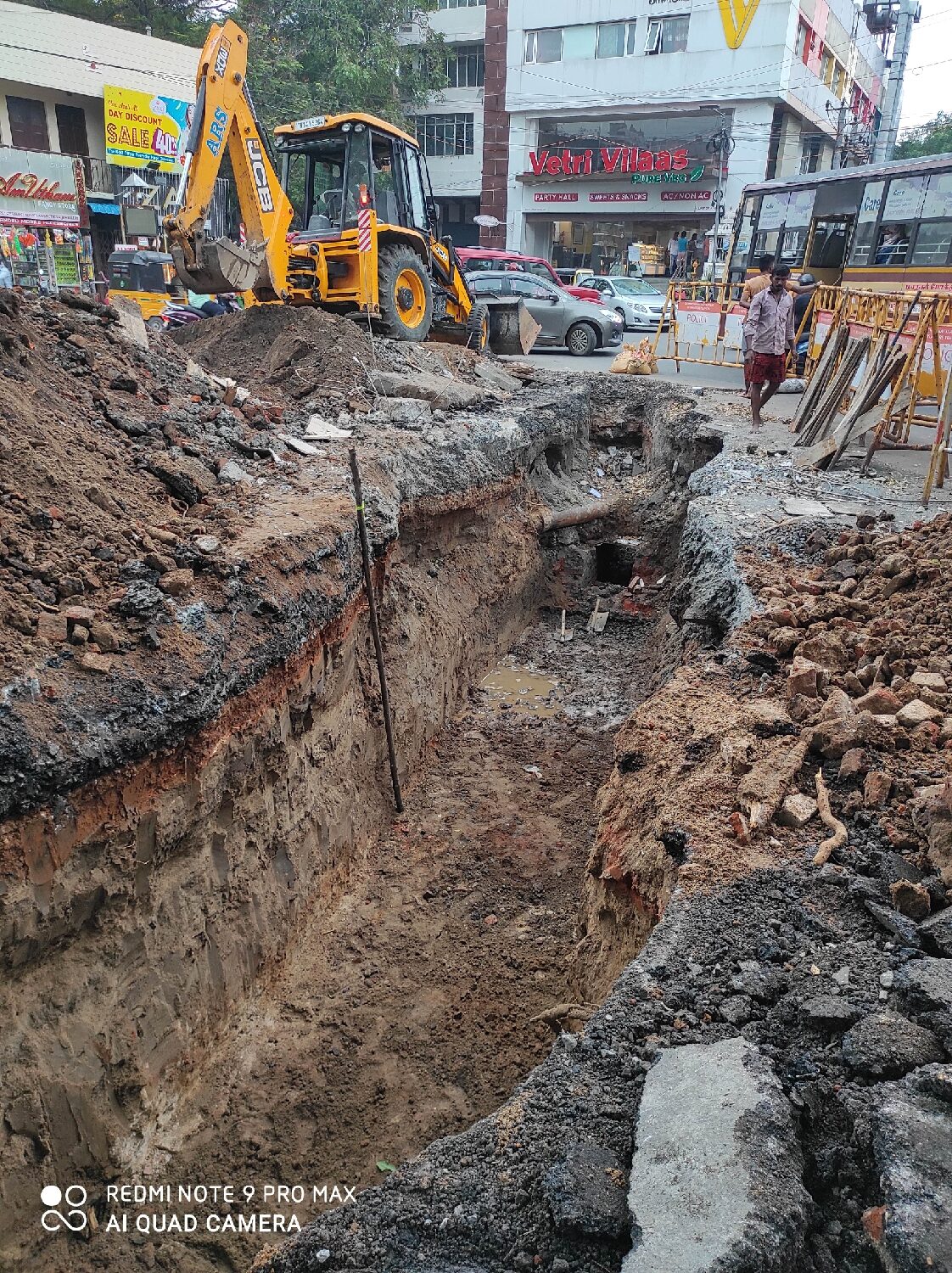 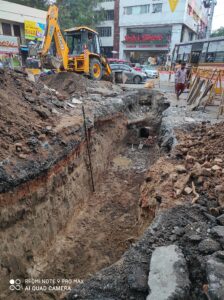 Weeks after a section of road caved in at the junction of R.K.Mutt Road and South Mada Street, civic workers have started restoring it now.

The cave-in happened at a place where stormwater drain desilting work was on.

Chennai Corporation officials say that the restoration work got delayed due to continuous rains.

Said a Corporation official, “The cave-in happened after an underground sewage pipe broke. However, as there were continuous rains after the incident, the repair work got delayed. Now, as the rains have stopped, we are working to set it right.”

“We will now construct a permanent stormwater drain structure here so that this kind of issue will not happen in the future.”

The work will be completed in a few days, he says.