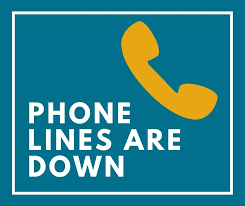 If you, your neighbours or people around who have BSNL services and had a torrid timer the past fortnight, there was a reason for the disruption – BSNL was in the process of ‘migration’ to a new technology.

But customers began sweating because there was no clear communication from the BSNL headquarters and all complaints were treated as such, remained pending and if the local engineer was pushed, you were told it was due to ‘migration’.

Now, a senior officer of BSNL has confirmed that the migration work is over and there will be minimal hiccups and that BSNL staff will attend to complaints rightaway.

The engineer says that among the new benefits of the technology is retention of a BSNL phone number even if you move residence / office to a new zone in the city, group calling offers and more for businesses.

Said former judge Prabha Sridevan in a mail, “My Wi-Fi connection is through a BSNL server. I am a resident of .Krishnaswami Avenue, Mylapore. For more than eight days at least four persons on the same avenue have been ‘disconnected” and without a server. We have lodged complaints and tried to have our connection restored to no avail. Imagine the situation for those who are into online classes or small businesses.”