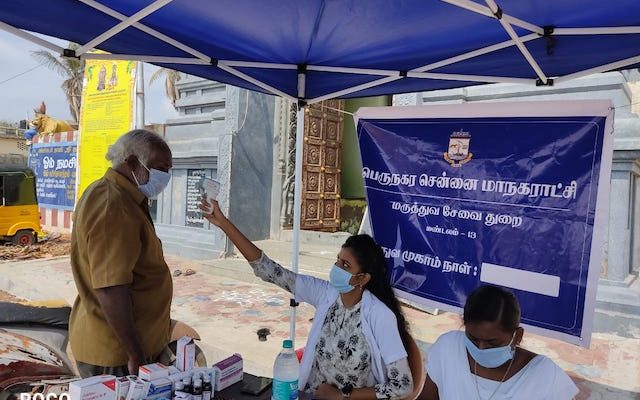 Chennai Corporation seems to have have given its campaign against the pandemic a big push following the end of campaigning and voting in the state elections.

In the crowded Srinivasapuram, a colony on the seashore off Pattinapakkam today, two camps were held in the vicinity of a well-known temple and word sent around to rally residents to use the facility.

There was a virus-check camp, commonly known as fever camp and a vaccine camp too.

By 3 p.m., some 35 people had been screened at the fever camp while 20 people took the jab, though the latter is on the lower side.

Aid workers said that nobody screened at the fever camp tested positive. But there are at least five people in the puram who are being treated for the virus.