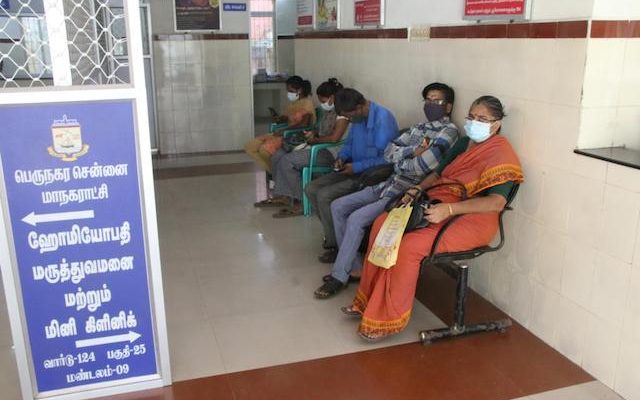 People are reporting that on Friday there was a shortage of the Covishield vaccine at a private hospital in Alwarpet. This could also have bene be cause of the big rush here for the jab, mostly the second one.

Alwarpet resident V. Soundararani who was at Kauvery Hospital for her second dose of the vaccine said that she was asked to report again on the weekend.

Covaxin was also being injected at the hospital.

Some people assume the rush to the aggressive state-led campaign and reportage on the current pandemic situation.

The process has been smooth on other days, another Alwarpet resident who took her second jab reported.

2 Comments on “Big rush for jab at Alwarpet hospital. It runs out of one vaccine.”