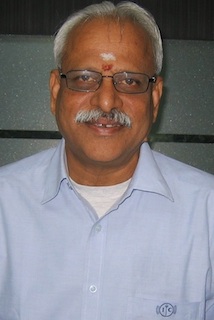 After day-long reports in the media on Chennai Super Kings CEO, K S Viswanathan testing positive along with a couple of others in the CSK unit, it has been reliably learnt in the last hour that the CEO, a Mylaporean has now tested negative.

He is likely to continue to be with the team for the rest of the IPL. cricket tourney.

In the recent past, Viswanathan had taken his second round of vaccination.

Stories went around that soon after the vaccination, anyone who tests is likely to register positive. But such a myth was dispelled by a senior doctor in Chennai who this writer spoke to this evening that there is no logic to this kind of a conclusion.

Following two cricketers in KKR’s team testing positive earlier today, it had been an anxious day when the news broke that three CSK-related personnel tested positive.

The confirmation that its CEO Viswanathan has now tested negative comes as a relief to the CSK team.

Viswanathan resides near Nageswara Rao Park and is a regular morning walker in the park.