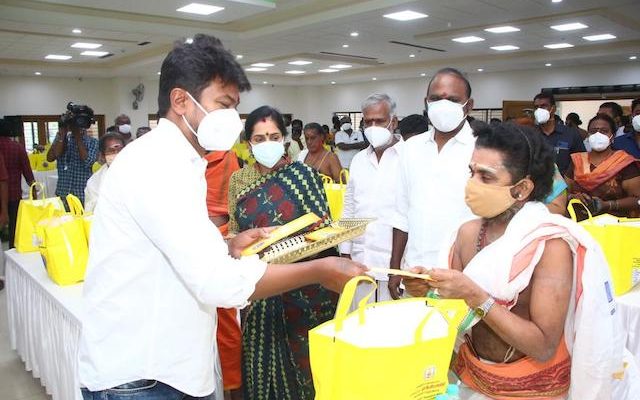 MLA Udayanidhi Stalin and HR & CE state minister P Sekar Babu handed over Rs. 4000 in cash, a rice bag and a grocery kit each to dozens of priests who serve at temples across the state, in line with the order issued by chief minister M. K. Stalin.

The three hereditary priests of  Sri Kapaleeswarar Temple in Mylapore were among the beneficiaries.

The event was held on June 9 morning at the Kapaleeswarar Kalyana Mandapam on Greenways Road in R. A. Puram.

The priests of Mundagakanni Amman Temple and Karaneeswarar Temple were also handed out this support.
Priests serving in certain category of temples have not been included in this scheme.
– By S. Prabhu