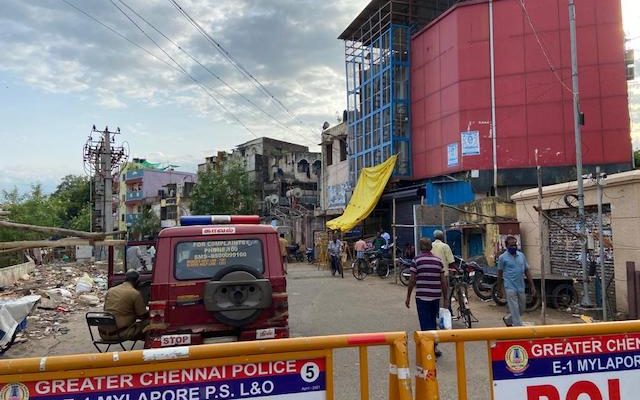 One person was done to death outside the TASMAC liquor shop located off the Thirumylai MRTS rail station on Sunday afternoon.

Police say two persons of a gang that carried out the murder have been arrested.

The killing took place out in the open and the accused is said to be a man from a kuppam in the San Thome zone – he was said to have been earlier arrested for an attempt to murder case.

Police arrived at the spot soon after the crime was reported and the liquor shop was asked to shut down. Police patrolled the area thence.