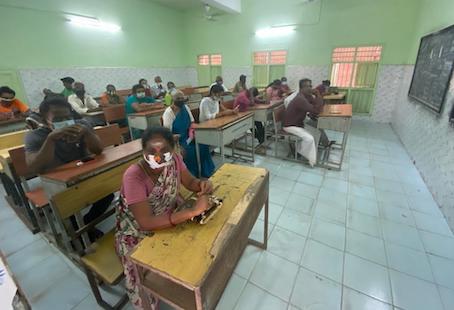 Field health workers associated with the pandemic operations have been told to urge people with severe hypertension and diabetes to take the jab of the vaccine to prepare for what could be a third wave when such people may be at extreme risk.

This is the message that is shared by the city’s civic body’s leaders with these workers who are now a smaller lot and who work every day in each area of the Mylapore zone as others do in the city.

The good news that is coming in from all the colonies is that lots of people, many who didn’t trust the vaccine have lined up to take the jab and this explains the big rush at all vaccine centres.

Hence, special camps with private hospitals are being held under CSR initiatives in some nooks of the area. Two such camps were held in Abiramapuram last weekend.

Aid workers in the R A Puram area say that if there are people with co-morbidities who cannot take time off to go to vaccination centres, they arrange for transport. “We are keen to just see everybody has got the first jab, ” said one woman aid worker.

“But looking at the recent trends we see that people who were not convinced or doubted the vaccine have all taken the jab. There is also a sense of fear that is driving them to the vaccine camps.”