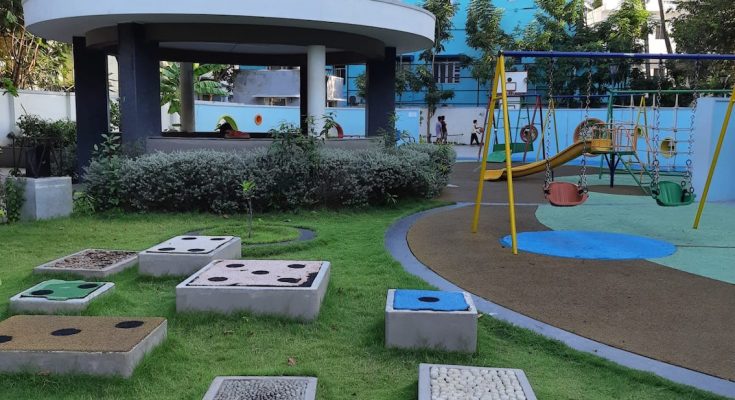 Infinity Park in Mandavelipakkam, that unique park which provides facilities for children with disabilities and the first of its kind in Chennai is now re-opened to the public and to children.

It had to be closed to follow the regulations of Chennai Corporation at pandemic time. This park is located behind the local Amma Unavagam and near the Registration Office on San Thome High Road.

During this time, some repair and restoration work was undertaken.

Appaswamy Builders which had assumed the role of managing the park from the time is was opened to the public has repaired some playthings, painted accessories that had rusted and set right some that had fallen apart.

Local area walkers have begun to take their walks inside the park now. But children are less in number.

Sheila D’ Souza, a resident who leads the volunteers team which keeps an eye on the park says that less abled kids from areas like Adyar, Mylapore and Nungambakkam have visited the park in the park and some times, there are requests from their families to host a small birthday party in the gazebo here.

Sheila and her team though have to keep a close watch on youths who come in and play games inside the park. “They play cricket or football and can pose dangers to our special children,” she says.

Sheila also welcomes local residents to become park volunteers so as to ensure that the park is well-maintained and not misused.