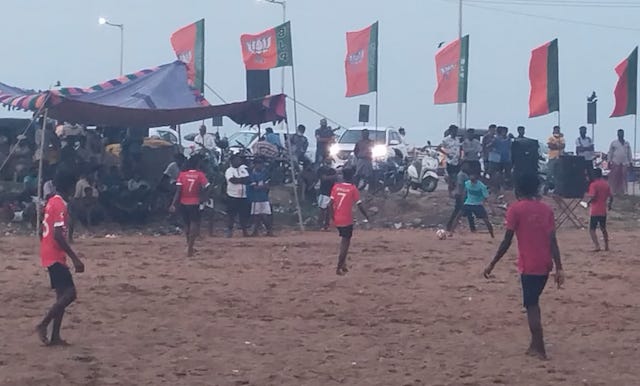 The BJP unit in the Pattinapakkam zone organised on Saturday a day-long football tourney at a local playground to mark the 71st birthday of India’s prime minister Narendra Modi.

Local teams from the colonies located off the Marina Loop Road took part. BJP flags were erected all around the playing venue.

Later in the evening, the BJP’s state president K. Annamalai was on stage to present the prizes to the winners.