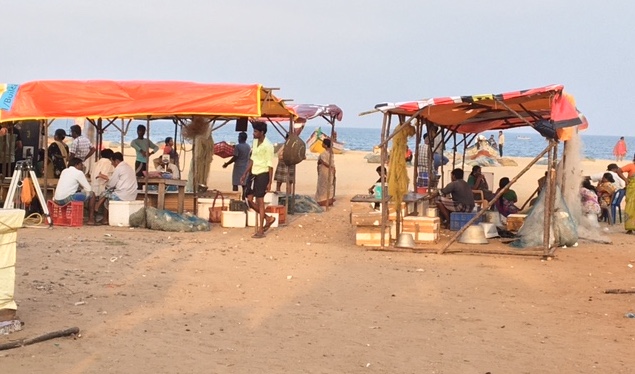 There is often some action on the other at the south end of the Marina, near Pattinapakkam.

The sands here are also a popular film shooting spot and today, the shoot was quite an expansive one.

Lots of make-believe stalls were set up on the sands and many film artistes and workers were seen hanging around, obviously contracted for the days shoot.

The Meenavar Community Hall here had been turned into a ‘mess’, with food being cooked and served for the film crew and actors.

Heavy, dark clouds across the Marina . . . and then, rain.