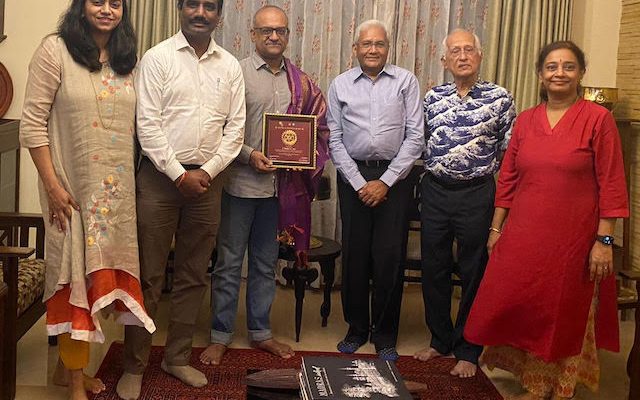 Sriram was presented this award for his contribution to arts, culture and heritage of South India. He was honoured by Justice Prabha Sridevan (retd.) during an online felicitation ceremony held which was held on August 30 in the presence of Rotary District Governor (RI DIST 3232) J Sridhar.

Says Rotarian K A V Ramesh Kumar, President RCMC: “On the back of the Madras Week celebrations, we wanted to honour V. Sriram for his valued contributions in preserving and documenting the history of our wonderful city and several other cultural icons.”

Sriram is a resident of R. A. Puram.