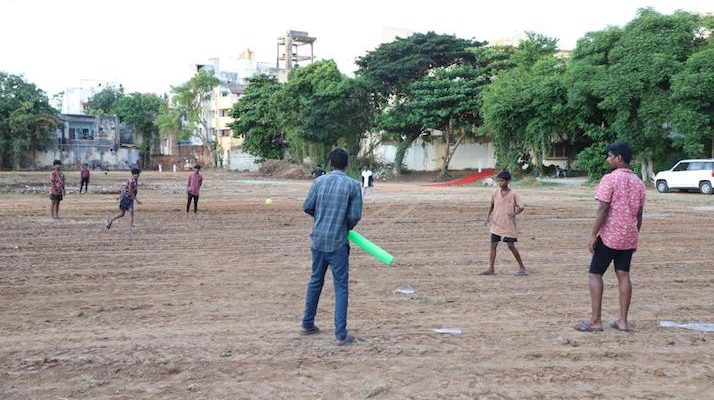 Officially, the playground alongside P S School in Mylapore is now open. to the public.

You can play cricket, football or practice silambam and kho kho though one assumes that there will be mostly noisy cricket games of six or eight teams played all across the large ground.

All this has come to pass after the HR&CE Department took charge of the plot which was leased out to the school and rental dues were mounting, as part of this department’s drive to ‘recover’ all such temple lands.

This Monday evening ( Oct.4),  the TN HR&CE minister Sekarbabu formally re-opened the playground in the midst of a short religious ceremony and asked a few boys  to toss the ball and bat on a slushy ground that is still being cleared of wild grass and greedy weeds.

While neighbourhood youths can play here all days save on weekends as of now, Mylapore MLA Dha Velu says there are plans to rent the ground to the P S School if it is keen to use it exclusively during its school hours.

The MLA says there also plans to set up areas like badminton courts in one corner and also lay a walk path for Mylaporeans to sweat out and keep fit.

This is a work in progress and the minister is making sure actions speak loud in Mylapore. 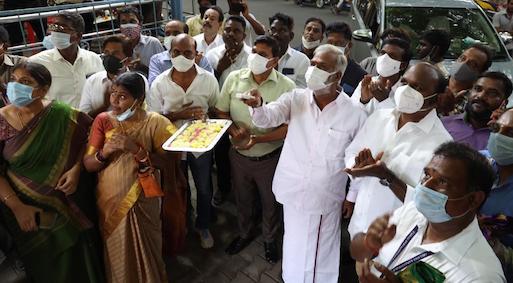