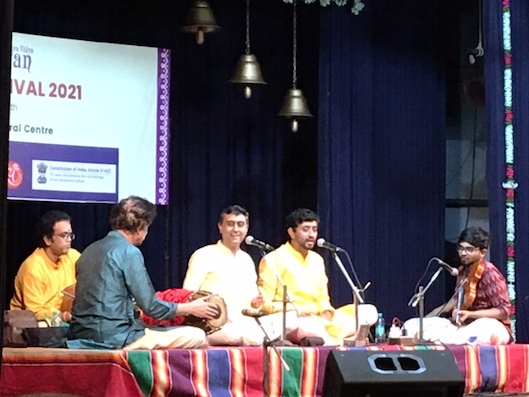 Musicians and dancers seem to be pleased with the opportunity to perform live on stage now. At the events con ducted by local sabhas.

With the December Season unfolding, a lot many artistes, especially Carnatic musicians are performing now on stage.

At Bharatiya Vidya Bhavan’s music festival on November 30, Tuesday at the second evening concert by the Trichur Brothers, between songs, one of them told the audience that it was good to perform live after months. “It feels nice to see you all,” said Srikrishna Mohan, and went on to introduce his co-artistes which included his brother and father.

In doing this, the rasikas gave each one of them a round of applause. Srikrishna asked for a louder round, and the rasikas responded.