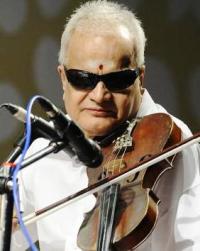 The second edition of Marghazhi Matram is being organised here in Mylapore, to promote inclusive events in performing arts by Dr. Ranjini Kaushik of California, USA.

SciArtsRUs USA has started an initiative Artablities 4 All where it features visual and performing artistes with disabilities from all over the world. Marghazhi Matram is the festival in India featuring differently-abled artistes .

The local event will be held on December 3 and 4 in Dakshinamurthi auditorium, P. S. School campus, Mylapore followed by 3 days of a virtual program on the SciArtsRUs YouTube channel from December 5 to 7 featuring visual and performing differently-abled artists from Carnatic and light music and visual arts fields.

Dr. Ranjini Kaushik, founder of SciArtsRUs and this initiative says, “We want to spread the message of inclusivity in visual and performing arts globally and during Margazhi there is hardly any programme that is curated for inclusive events.”

Ranjini says, “I came primarily to meet the artistes and to have a live event in Chennai for Marghazhi Matram.”

The inaugural event will be presided over by arts promoter Nalli Kuppuswami Chetty and arts promoter V.  V. Sundaram will preside over the awards function where senior artistes are to be honoured – M .Chandrasekaran ( seen in this file photo featured here), Guruvayur Dorai, H .S. Sudhindhra, Suresh Vaidyanathan and Valangiam Thyagarajan.

H. S. Kamakshi who is a visually impaired vocalist will receive the Apex award from SciArtsRUs.

Ranjini says these awards recognise those who have made a mark in the performing arts despite their disabilities.

Mentor-artistes such as  K. N. Shashikiran, Sikkil Gurucharan, Mullaivasal Chandramouli and Suparna Venkatesh will also be honoured at the event. They are recognised for mentoring differently-abled artists free of cost for SciArtsRUs’  mentor-me programme.

Dr. Raghavi Senthilkumar, founder of Headway Foundation and a HR leader who has overcome her
disabilities to make a mark, will make the closing remarks.

Marghazhi Matram will also be featuring rising artistes and differently-abled artistes from Tamil Nadu and Karnataka – including visually challenged singers from Srirangam and from Madurai and six Bharatanatyam dancers from Bangalore.

The two-day fest will be followed by a three-day virtual programme which features performances by renowned  artistes and the up-and-coming talents.