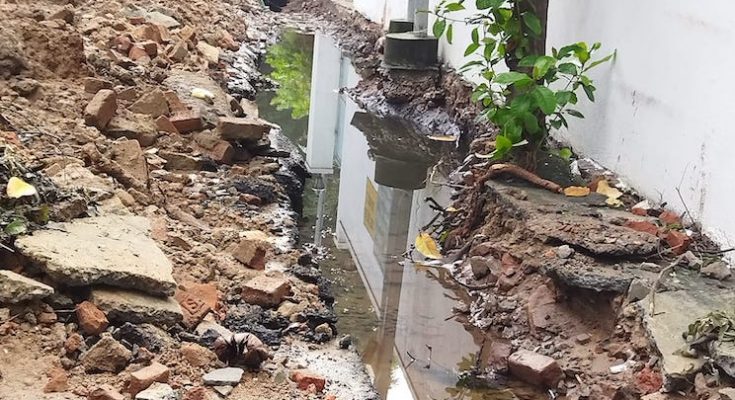 You build a drain. And when it floods badly during the top of the monsoon and the drain cannot take the flood, you break it up. And the job is done so crudely, that the JCB tears apart cables and wires and creates havoc for the local households.

This is what took place on the west side of C V Raman Road in Alwarpet the past days.

When the floodwaters rose and stagnated on the road, civic workers decided to break open the drain that was constructed less than a year ago. They felt the waters flow faster in a  bigger moat.

The manned JCB arrived and got to work. As it did, the local area power supply and internet cables were ripped apart. Power and Net connections got suspended.

Residents had to make a flurry of calls even as it rained.

Thankfully, says resident Raji Muthukrishnan who documented the local drama on her social media page, staff from TANGEDCO and Airtel who responded late but did respond, worked in the rain and set matters right.

The drain is now a large moat and remains so.

One Comment on “Break open new drain that cannot take floodwater and rip power, Net cables to add to misery of residents. A Alwarpet story.”