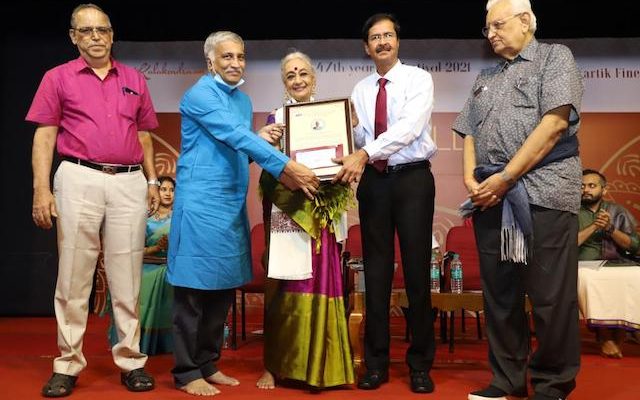 Four music and dance artistes, two senior and two young ones were decorated with awards at the launch of the 47th edition of the December Season cultural festival which took place at Vani Mahal in T. Nagar.

T. Nagar is still flooded in most streets and guests to this event had to either be deposited in the Vani Mahal campus by their cars or wade through the ankle-deep water.

This was a small, formal, no-frills event, shifted to this venue because this sabha could not hire a venue in Mylapore – usually Kartik holds its launch event at Narada Gana Sabha, Alwarpet.