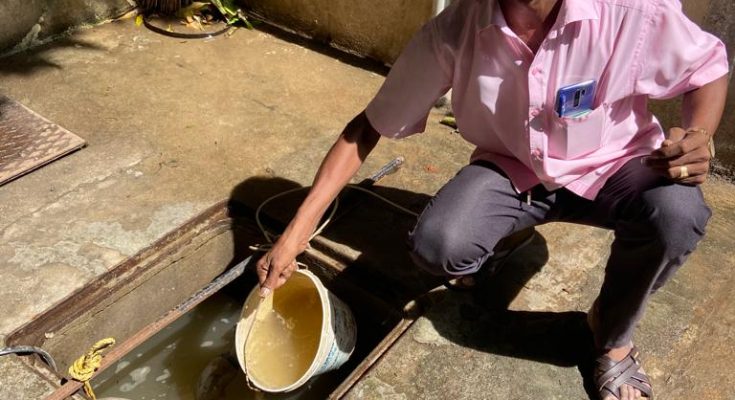 When a team of workers from Rain Centre ( Adyar based. Contact – 2441 6134) began work on digging spots inside the campus of Rani Meyyammai Girls School in R. A. Puram in August last year, they struck water at about 7 feet.

“We abandoned work. Normally, we dug wells that are 13/15 deep to sink the wells,” said Rain Centre head, Sekhar Raghavan, a rainwater harvesting (RWH) expert. “It showed that the groundwater level even then was high in many parts of the city.”

When the team re-started work for the RWH wells in the school in June this year, water stood at 11 feet below. 11 wells were sunk here, supported by CSR funds that Rain Centre receives, and the school has been tapping the bounty.

One needs to go back to the rainfall data for Chennai – to the 2020 monsoon season onwards – to realise that this city has received copious rains over the past 11 months.

“The ground water level had risen over past months and we had to anticipate the problems of water seepage which is happening now in many areas,” observes Raghavan.

He has been getting many phone calls from south Chennai residents who want a solution to the water seeping in their wells and campuses, well after the rains took a break.

One such SOS call came from residents of an apartment block on Dr Ranga Road.

Raghavan says people who had RWH systems ignored that water source and made use of the supply from Metrowater. “Had they tapped the RWH sources, had many done this, water levels would have dipped a bit,” he says.

So what is the solution to this situation?