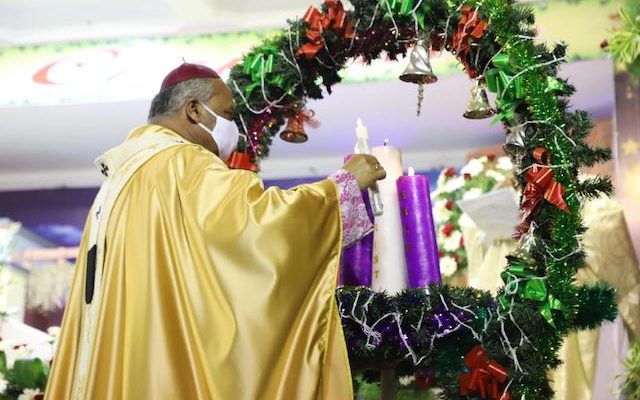 This Christmas eve, San Thome, the hub of churches and schools in the neighbourhood certainly held up the festival spirit after two damp seasons due to the pandemic.

School campuses were decorated with buntings and lit stars and some even had giant crib sets at the gate.

Churches too were well decorated.

Last night, at San Thome Cathedral the English Holy Mass was celebrated at 9.30 p.m. after a session of Christmas carols.

Then followed the Holy Mass in Thamizh, with archbishop Rev. George Antonysamy being the main celebrant and six priests alongside him.

The Mass was attended by a huge crowd in the open air. Midway through the Mass, young couples made symbolic offerings. 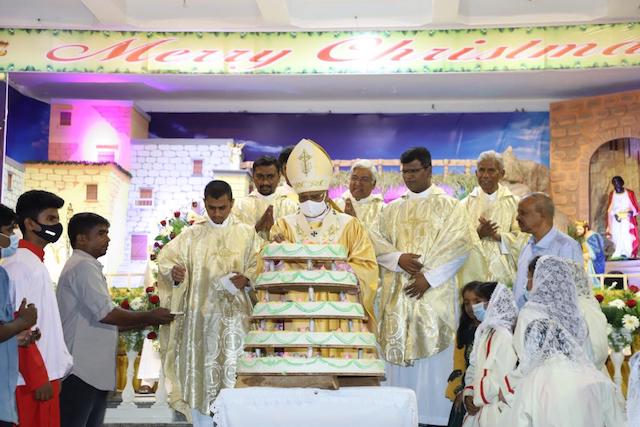 After the Mass, the archbishop cut a multi-tiered cake for the occasion which was later shared with people.

With services being held at midnight and at dawn on Christmas Day, areas around churches held up the Christmas colours and spirit – also in R A Puram, Abiramapuram, Mandaveli and in Alwarpet.