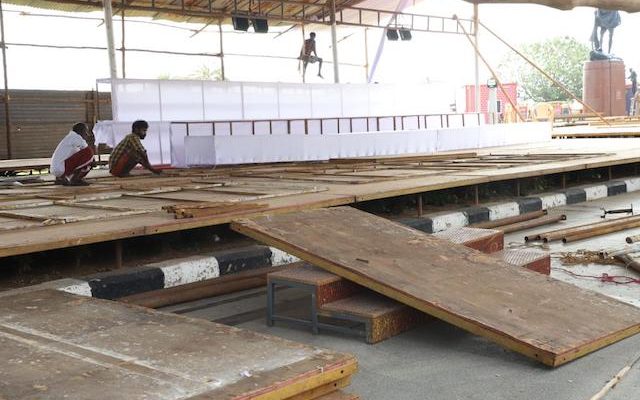 The Gandhi statue zone of the Marina has been abuzz for some days now. Workers are setting the stage for the Republic Day flag hoisting ceremony and parade on January 26 ahead this week.

While the area alongside the Gandhi statue is marked for the VIPs of the R-Day, the state’s governor, the chief minister and his cabinet ministers, further south is the seat gallery for special guests.

All these are raised on the Marina’s walk paths, some on its lawns.

Watch towers  all around the parade zone have been set up for security staff to take position on that morning.

The contingents for the parade, and the tableaux will start from the Marina Loop Road side, near the Light House end and move north on the beach road.

It is not clear if people will be allowed to watch this parade on January 26. 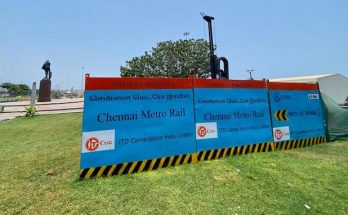