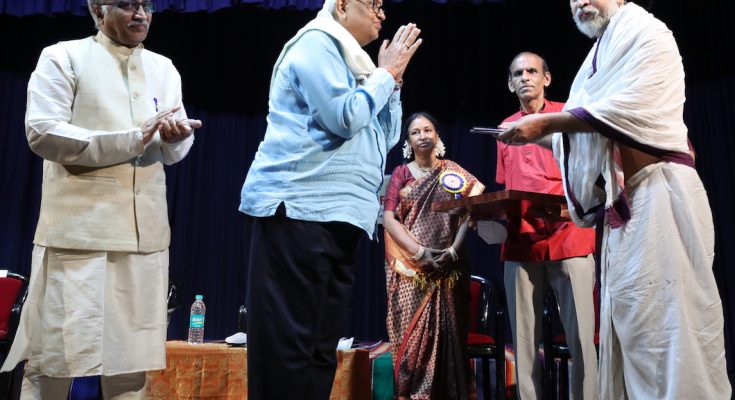 Kartik Fine Arts sabha presented its annual endowment awards as the end of its 47th Art Festival at a function held at Bhavans, Mylapore last week.

Earlier, an audio CD with first 1000 verses of Nalayira Divya Prabandham tuned and rendered by  vocalist Jayanthi Sridharan was released.

The first copy of the CD was received by scholar Natteri Srihariswamy who has been teaching the Prabandham at SVDD for the past 25 years. ( first photo)

Jayanthi Sridharan said that she will be completing the entire verses 4000 shortly. She presented a vocal concert as a finale to this event. 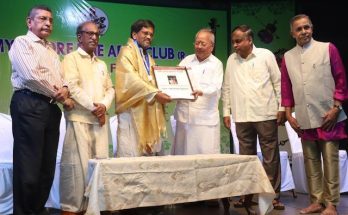