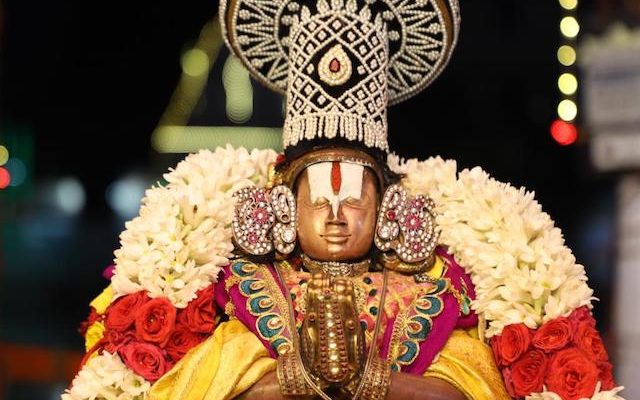 The tastefully decorated float received the deities after the rituals held in the temple and the float, with a few people including priests and nagaswaram troupe made its rounds of the Chitrakulam which was illuminated.

A small crowd of people stood by the gates and on the steps of the tank to take in the teppam. 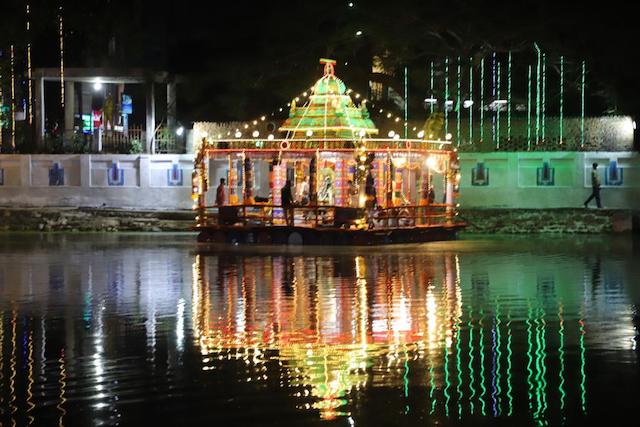