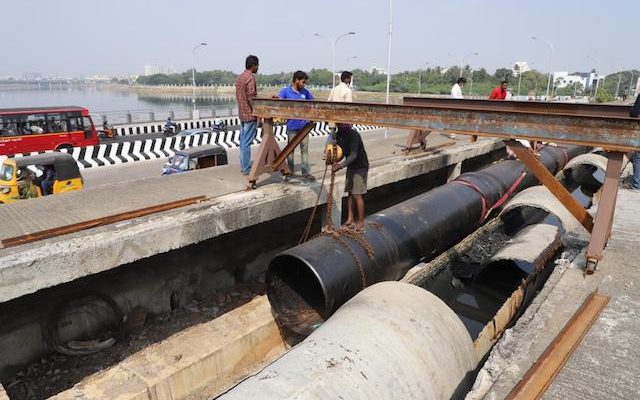 Metrowater has begun work to replace the worn-out pipes that carries sewage from the Mylapore side of the city to a station in Taramani.

The main civil work is being carried out atop the old Adyar bridge ( Elphinstone Bridge) which was used by Metrowater as a convenient support mechanism for this heavy duty pipeline after the old bridge across the Adyar river was abandoned.

However, this old sewage line would often burst due to pressure and load and sewage was seen emptying into the river.

Last Sunday, the sewage flow was a torrent, polluting the river that had gained a new life after last year’s heavy rains.

Civic activists took up this issue with Metrowater and proactive work is on now.