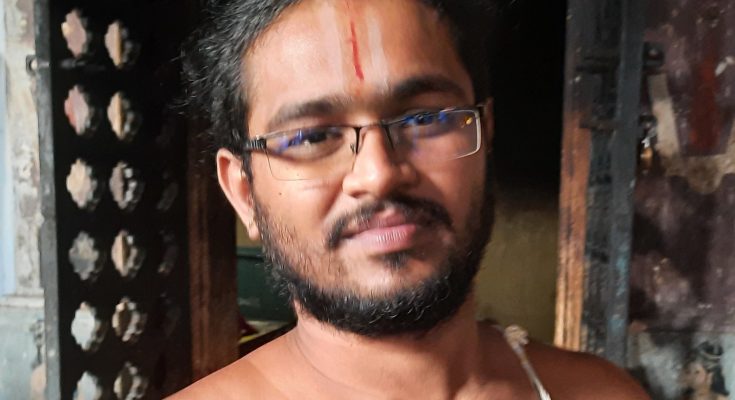 It is 5pm on Saturday (March 19) evening and just an hour before ankoorarpanam, the sacred ritual on the eve of the brahmotsavam at Sri Adhi Kesava Perumal Temple.

28 year old Srinivasaraghavan Bhattar has been tirelessly working since morning on getting things ready for this event. He has not had food today and is unlikely to have till well after 9pm this evening. That’s symbolic of how his life is likely to be over the next ten days of the annual Panguni festival here.

He belongs to the 13th generation of hereditary priests who have been serving at this temple. For over a decade as a school and college student, he watched his forefathers perform daily pooja as well as the annual festival in Panguni learning the nuances from them.

There are over a dozen priests at the temple and the next ten days will be hectic for them with very little rest. There are multiple things to be taken care.

A few will be donning the role of moolavar sannidhi management. One lead priest, Rama Priya Bhattar, will be the anchor at the Yaaga Salai Pooja over the next ten days. A bunch of priests will be taking care of the Thirumanjanam, Alankaram and the street processions of the Utsava Deity. The Paricharakas will be hard at work preparing the sacred food through the festival.

About 40 Sri Patham service personnel are the ones who will be carrying Adhi Kesava Perumal through all the vahana processions.

Srinivasaraghavan says that he considers it a great blessing to carry on the service that his forefathers have performed for centuries at this historical temple. He may not have food on time or have enough rest that his body requires over the next ten days but such challenges pale into insignificance when compared to the  opportunity presented to him to serve the Lord during the annual Brahmotsavam.

“The satisfaction of that service is simply unmatched,” says Srinivasaraghavan Bhattar.

The ten day Panguni Brahmotsavam starts on Sunday morning at the Adhi Kesava Perumal Temple with the golden Garuda Sevai on Tuesday morning and the chariot procession on Saturday (March 26) morning. 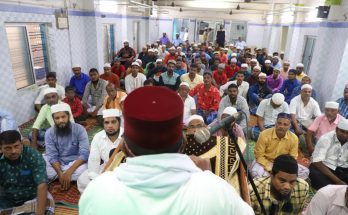