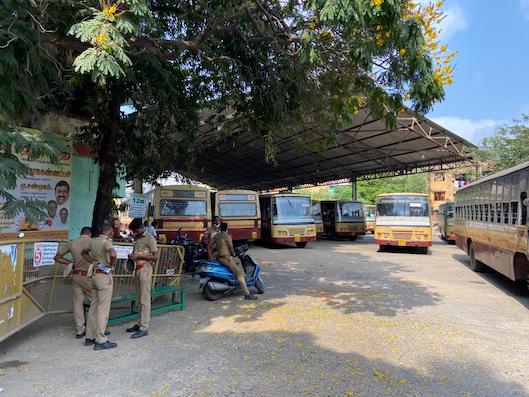 MTC buses are off the roads since the unions of the transport staff are on a two-day strike, March 28 and 29.

People who take the buses to work and headed to the Mandaveli bus terminus were greeted by the news of the strike and were seen getting into share autos to get to their work places.

A notice on the info boards of the staff unions at the terminus states that the strike is a mark of protest against the central government for hiving off state-run businesses and services to the private sector and harming the interests of labour.

The two-day Bharat Bandh is being observed nationally by a majority of the trade unions.