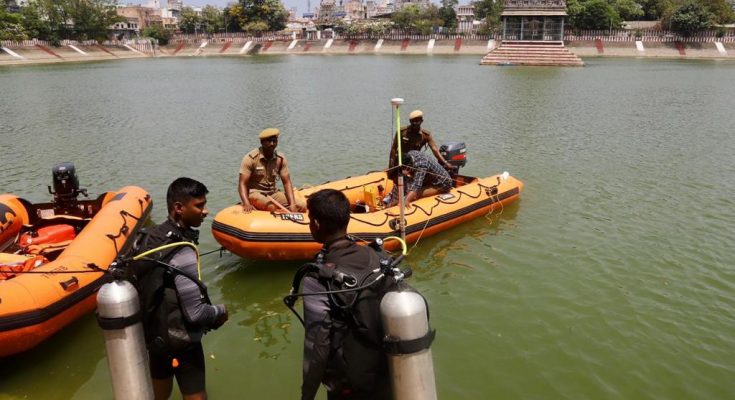 A team of divers and others led by the state’s Idol Wing Police are back at the tank of Sri Kapaleeswarar Temple, in their attempt to search for the image of a peacock which is said to have been removed from a sannidhi inside the temple many years ago.

The team worked for sometime on Monday and was back on Tuesday morning. Two divers were seen preparing to get deep into the waters, while a few others were seen rowing in an inflated boat.

The team had undertaken a similar job when the temple’s Panguni fest was on recently.

The efforts are being made after a court directed the police to do all it can to probe the case.

Read the background to this case here.

Couple murdered at their home by house-help/driver. Police arrest accused within hours of crime.

One Comment on “Temple’s ‘mayil’ idol case: police undertake another round of search in tank”