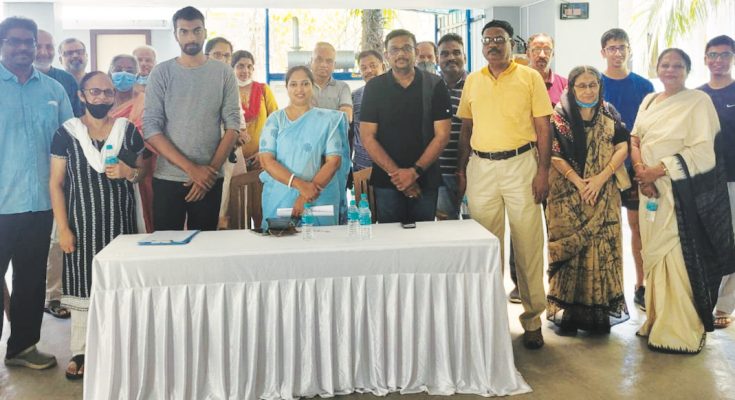 Leith Castle Residents’ Association (LECRA) recently conducted its first offline meeting for its members after a  gap of two years – regular meet-ups were put on hold due to COVID.
Ward 126 councillor Amirda Varshini of the Congress (I) was invited to the meeting and she interacted with members.
Local civic issues such as frequent power cuts, stray dog menace, sewer blockages, illegal vendors and unregulated parking, were discussed during the meet-up.
Residents also highlighted drug peddling and other anti-social issues that take place in the adjoining open space in Foreshore Estate which belongs to the TNHB.
Residents later said that councillor Amirda Varshini has noted the key grievances and agreed to resolve issues based on priority, working along with association members.
Venkat Raghavan, member and volunteer of the association, says “Frequent power outages and voltage fluctuations is the main issue in our area. Repeated complaints and escalations to TANGEDCO authorities have not yielded any positive responses. Most of the power equipment and cables are old in our streets and need a major overhaul. It’s a great inconvenience to our residents especially with the summer in full swing.”
The association team also took this opportunity to hand over groceries kits to conservancy staff responsible for keeping Leith Castle streets clean.
The LECRA team says it plans to take up more initiatives around source segregation and in disciplining street parking.
– File photo used here
(( )) IS YOUR COLONY HAVING MEET-UPS WITH YOUR COUNCILLOR? Report on the event to Mylapore Times – email to – mytimesedit@gmail.com