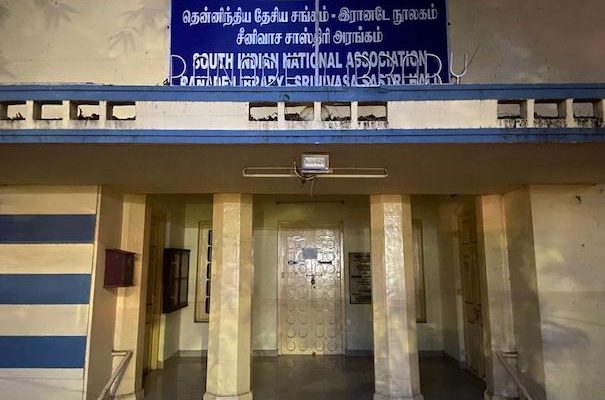 The building housing Ranade Library and Srinivasa Sastri Hall and managed by South India National Association (SINA) has been sealed by the Sri Kapali Temple authorities.
Sources in the temple told Mylapore Times on Thursday evening that the building was sealed following unpaid dues of Rs. 76 lakhs.  This property belongs to the temple.
While the library was poorly patronised in recent years, Sastri Hall has been a favourite venue for hosts of classical music concerts / lec-dems as well as talks and meetings.
Meanwhile The Mylapore Club has been in talks with the HRCE Department and the temple authorities and a decision was likely to be finalised by the end of this month.
The Mylapore Club had been sealed earlier this year.

It may be recalled that Madras High Court had subsequently directed the  reopening of the club with a direction to the two parties to come to an amicable solution ahead of the next hearing on June 6.

Heavy, dark clouds across the Marina . . . and then, rain.