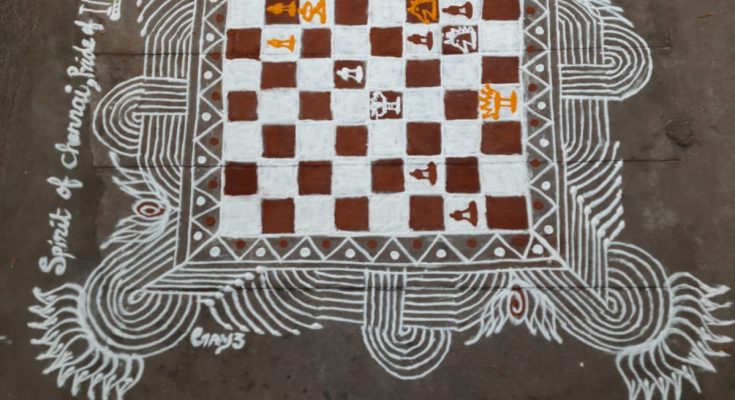 To commemorate the Chess Olympiad being held in Mamallapuram and India and also to convey its significance to Indian history and mythology, Thiruvalampozhil K Ram Kumar (TKR) has penned a Tamil song (sahithyam) for Thirupoovanur temple incorporating the linkage of game of chess to mythology and also to the sthala puranam or history of the temple.

Chess has a historical connection to Tamil Nadu as narrated in the legend of the more than 1500 years old temple of  Sadhuranga Vallabha Nathar (lord Shiva) of Thirupoovanur near Needamangalam in the district of Tiruvarur.

The song by TKR has been tuned in the Raag Valachi and sung by Sikkil Gurucharan, a renowned and popular Carnatic music vocalist

The song will be released in YouTube channel “TKR MUSIC India” for all to listen.