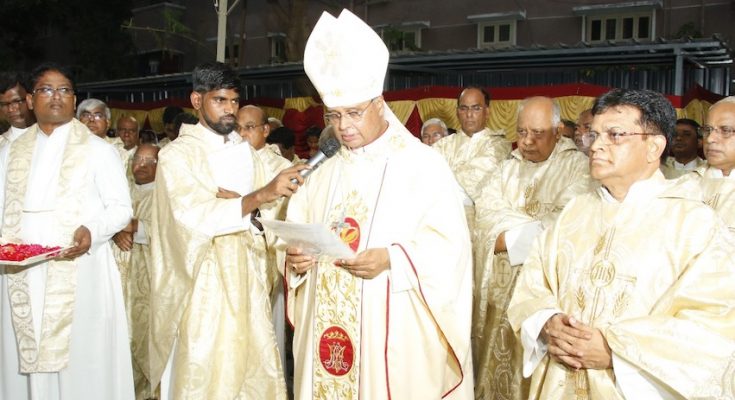 Rev. Dr. A. L. Anthony Sebastian, director of the academy says this effort initiated by the archdiocese is to reach out to Catholic students throughout the parishes to prepare them for competitive exams like UPSC, TNPSC, SSC and banking by offering coaching.

The Archbishop in his inaugural speech said youngsters of the diocese must benefit from this venture, pass the exams and occupy senior positions in different fields.
The Academy offers both on-campus and online courses. The Academy has been named after Sir John De Monte, a great philanthropist of the 19th century who donated his entire wealth in Madras to provide education to the poor.o t
Fees start at Rs.20,000 and Rs.50,000 for day-scholars attending the TNPSC  or the UPSC coaching here.
Rev. Anthony Sebastian says priority is given to the Catholic aspirants and that the general fee is about  one-third of the fee charged by city academies. “Even in this concessional fees structure, poor Catholic aspirants on merit basis will be given scholarships,” he added.
Call the academy’s office – 63799 23050 / 97505 65175
– Report inputs from Juliana Sridhar