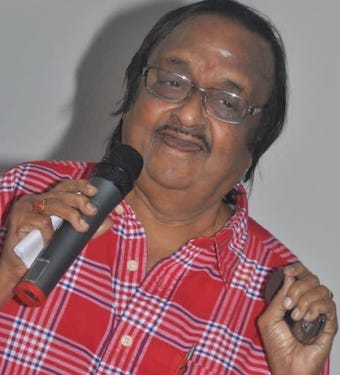 S V Ramanan, a multi-faceted artiste and a San Thomite passed away in the early hours of Monday, September 26.

He was the boss of Jaishree Pictures and son of the legendary  film director K. Subrahmanyam.

His well-wishers affectionately  crowned him as ‘The Silver Tongue Broadcaster.

His resonating voice and unique style of scripting won him many admirers. Several brands have been built with his creativity. He also mentored many young people in his field.

He is survived by his wife Bama Ramanan and daughters Lakshmi and Saraswathi.