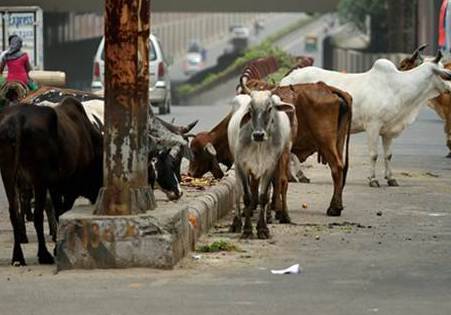 What do we do with the cattle which roam the streets of the Mandavelipakkam zone? Cattle which create a mess on local streets and take over street corners?

One solution suggested by the local area councillor Amirda Varshini has not found favour with the city’s civic body, the GCC. She had suggested that the cattle owners be asked to move the animals to a common shed that could be set up alongside the open land at the Mandaveli MRTS station zone.

GCC said it could not use land under the railways. But officials suggested to the councillor that she could suggest other spaces.

Councillor Amirda Varshini is not sure if the idea will be picked up.

“There are three cattle sheds in my ward and I doubt the owners will voluntarily shift,” she says. Also, many local residents are keen to get fresh milk locally and there is a demand for it, so they do not complain against cattle sheds and roaming animals.