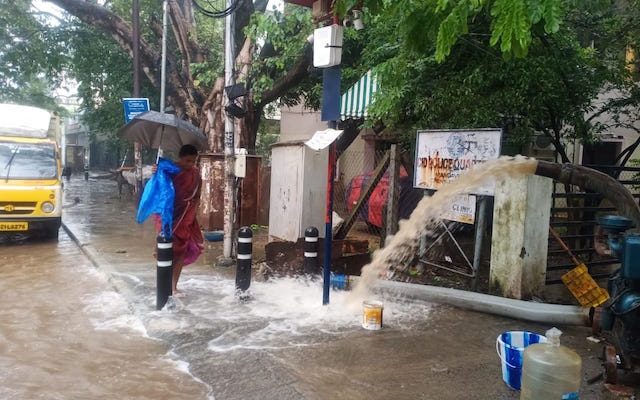 A few weeks ago, when rain. water harvesting consultant, Sekhar Raghavan sent his team of workers to a campus in Seethammal Colony, off TTK Road, Alwarpet, to do some preliminary work on sinking a well to tap ground water, they had to suspend their work.

The workers who had begun to excavate, found that water was gushing up at a depth of about 10 feet. They had plans to go to a depth of 20 feet to construct the well but the gushing water brought a stop to this work.

“The groundwater level in many areas is high,” says Sekhar Raghavan, whose Rain Centre based in Adyar has installed water-gauges across the city, but in limited numbers.

Which means that with such intense saturation in the ground, the earth will not be able to absorb much if the rains are steady and severe this monsoon season. And so, much water will flood some areas.

In the last monsoon, ground water had not only filled sumps but flowed out on to the streets. Pumps had to be used to empty the sumps.