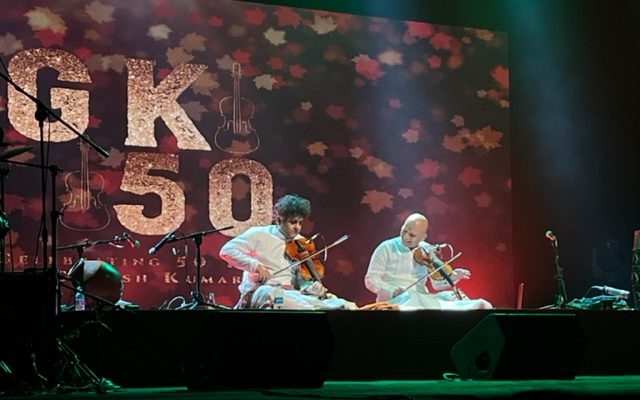 Violinists and brothers, Ganesh and Kumaresh celebrated their 50 years of performing on stage and around it at a gala event at Narada Gana Sabha, Alwarpet on Sunday, to a packed audience.

The well-curated event packed a string of performances by the brothers, accompanied by their favourite, long -standing artiste colleagues, screening of snippets of the duo’s journey and formal felicitations.

One moment of rewound memory that made the screening memorable was the screening of clips of the duo’s first concert in Madras, held at Srinivas Sastri Hall, Luz when the two were just pre-teens, when the famed vocalist M L Vasanthakumari was a special guest.