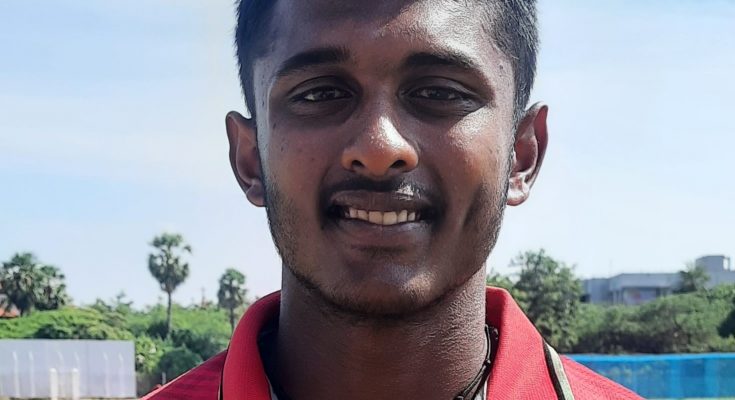 He followed this up with another century in his second match – against Andhra played at Coimbatore.

Sai has been in terrific form this season, scoring close to 700 runs in the first phase of the first division league in August-September and then almost 600 runs in the Vijay Hazare national one day tournament.

His cricketing foundation was laid at San Thome School and at the St Bedes Cricket Academy in Mylapore. He has grown into a top-notch sportsman, playing for Jolly Rovers club in the first division, performing consistently for this team.

Sai is currently pursuing M. A. in economics at Vivekananda College where he graduated in commerce.

Sai Sudarshan played for Gujarat Titans in the IPL this year. He resides in Venkatesa Agraharam.