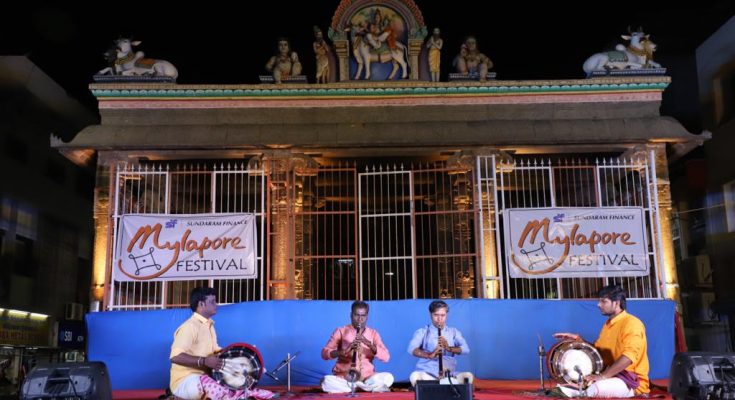 There is a gentle charm in the music that flows when it is not amplified. And this you could enjoy if you are at the Chess Square area of Nageswara Rao Park in Luz where, on Day 2 of the Sundaram Finance MYLAPORE FESTIVAL on Friday, starting 7 am, a group of students of PSBB School, T. Nagar sang at their concert, for an hour.

It was a nice way to start the festival and its. mood then floated into the area around Sri Kapali Temple in the evening. 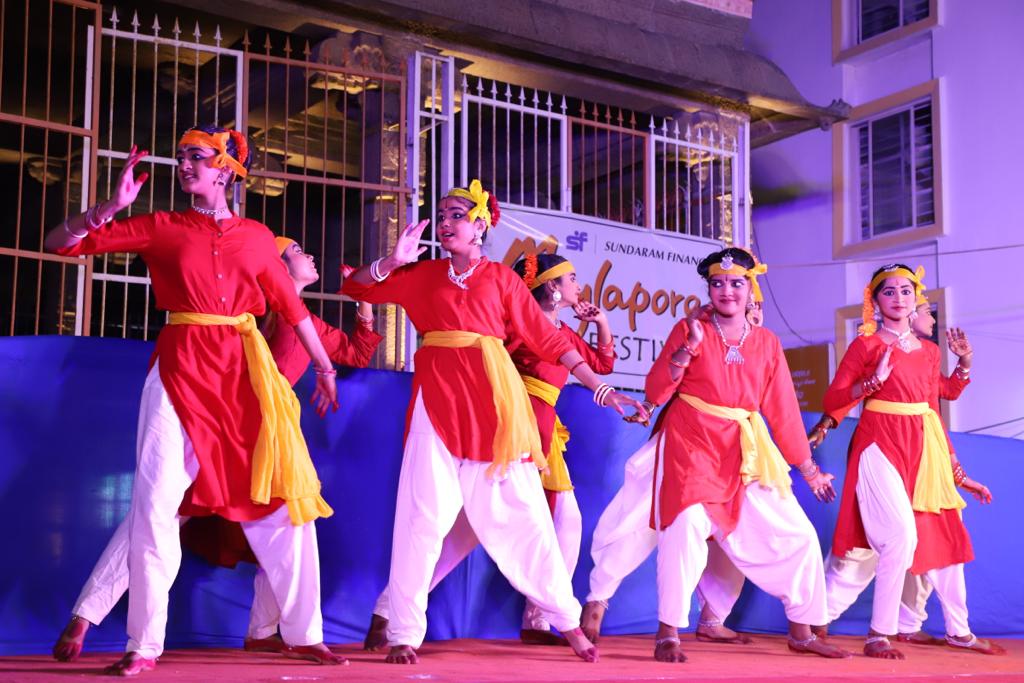 The temple zone was packed due to the Arudhra celebrations since early morning here and when the lights came on to focus on the main stage at Sannidhi Street quadrangle, the nagaswaram artistes set the tone for the evening’s shows of the Festival. 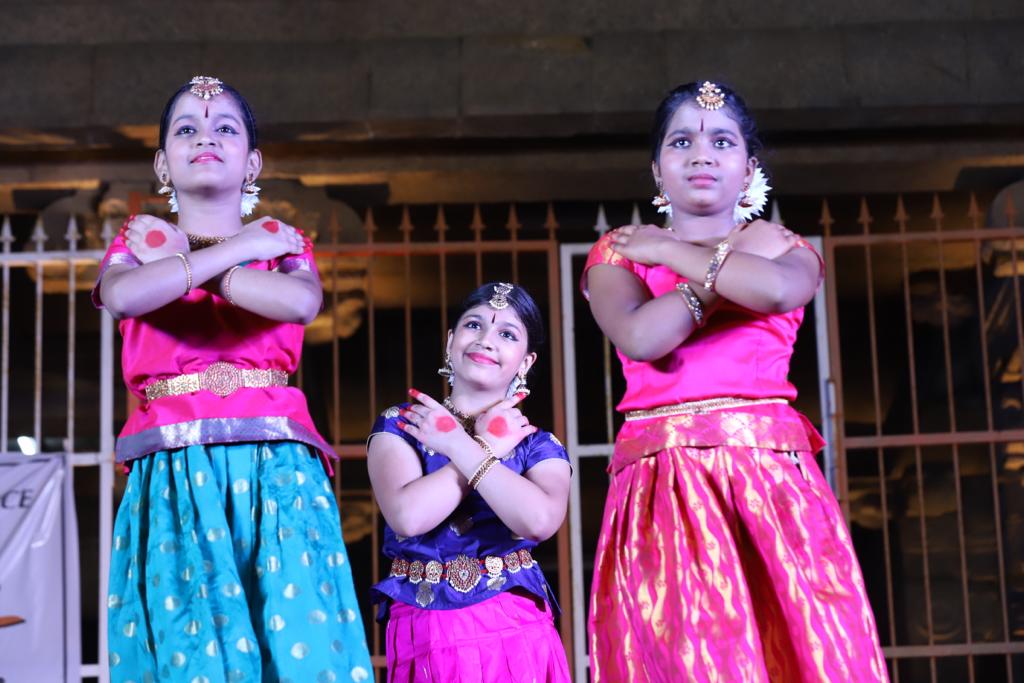 Then followed a colourful medley of folk and classical dances by some 30 plus students of Besant Arundale School, Kalakshetra campus. Finally, classical dancers Deepti Ravichandran and T M Sridevi turned up the magic with their dances which were set to old and new Tamil film songs that have a classical base to all of them.

The last performance captivated the crowd of some 1000 people who sat in the quadrangle this Friday evening – music and dance against the backdrop of the multi-pillared mantap of the temple and the gopuram in the background.

Elsewhere, the Food and Crafts Streets were packed with people even as others set up their own stalls to sell all sorts of stuff. 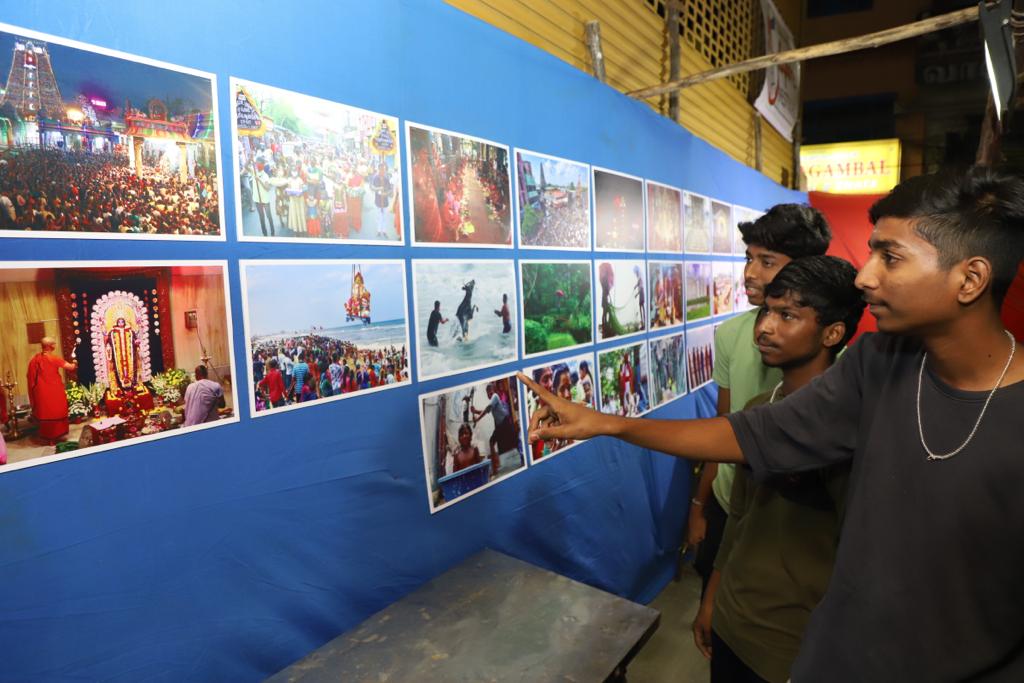 As the crowds surged the streets got clogged as vehicles fought for movement and some people suggested that Traffic Police should cut off traffic into this area when the Festival is on so people can enjoy the fare in quiet.

All the details of the Festival are at www.mylaporefestival.in