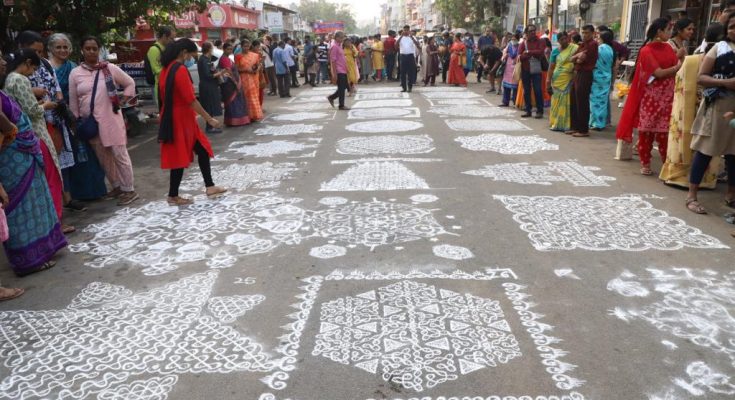 A carpet of kolams and rangolis was created on North Mada Street as the annual contests for the Mylapore Festival unfolded on Saturday evening.

Some 87 people in kolam and 27 people in rangoli took part in the contest which started at about 3;15 p.m. 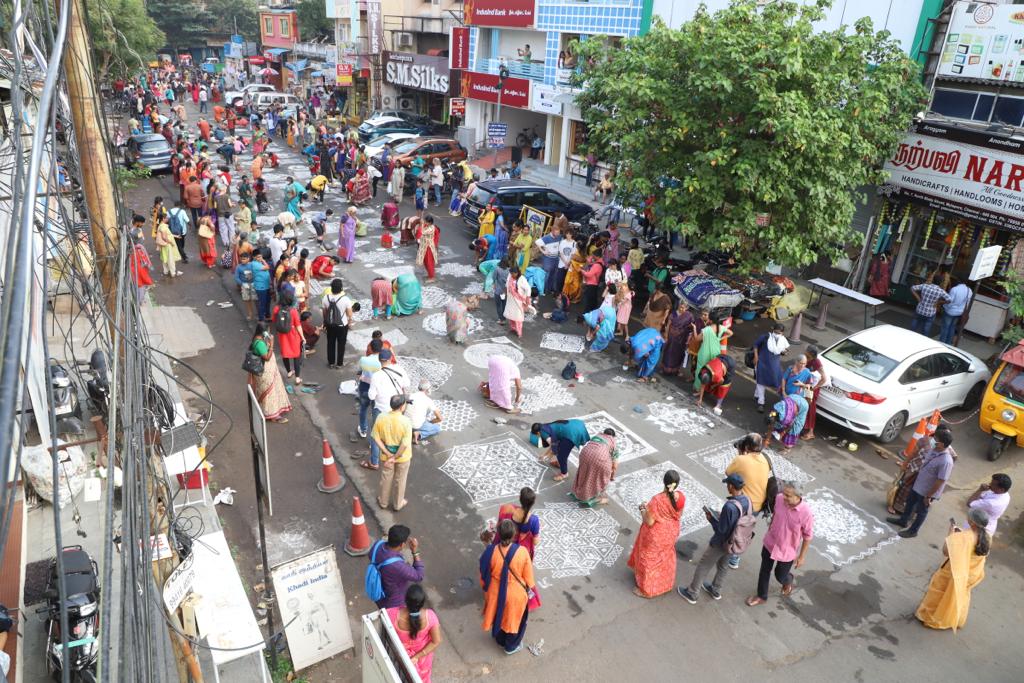 There were a few men and some children too who signed up. There were people from the suburbs, from the districts and from Bengaluru and Mysuru too.

The kolams were very intricate while the rangolis, themed on Pongal, drew everybody’s attention at the far end of this street that was cut off from traffic. 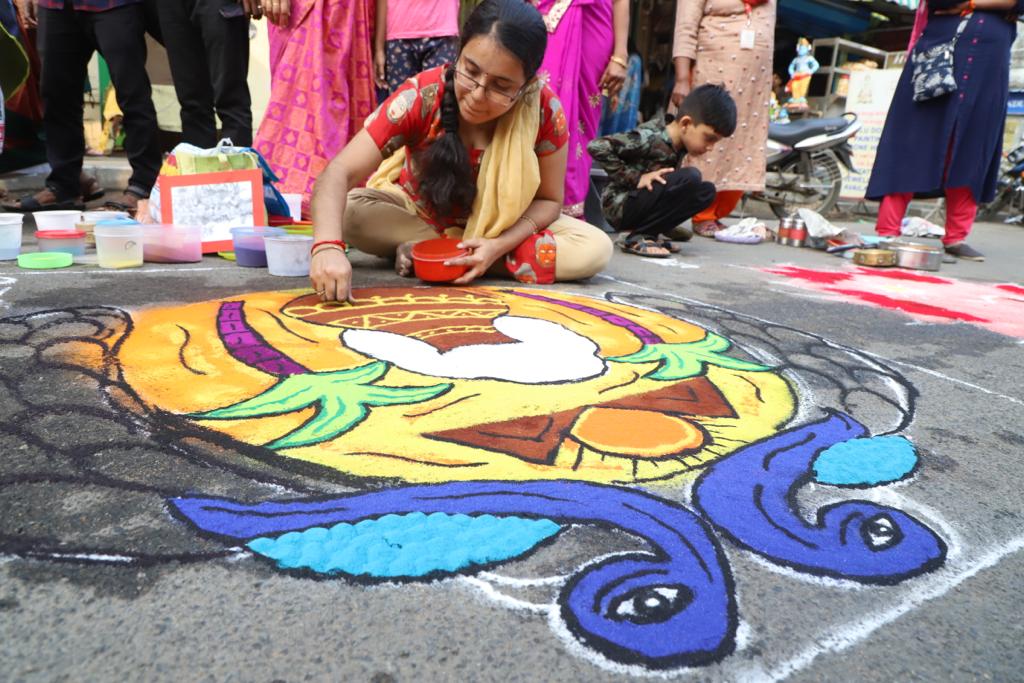 14 people were awarded prizes at about 5 p.m. they being judged by two sets of judges.

The Kolam and Rangoli contests will be held on Sunday also, registration on the spot from 2;45 pm onwards and people given 45 minutes to design. 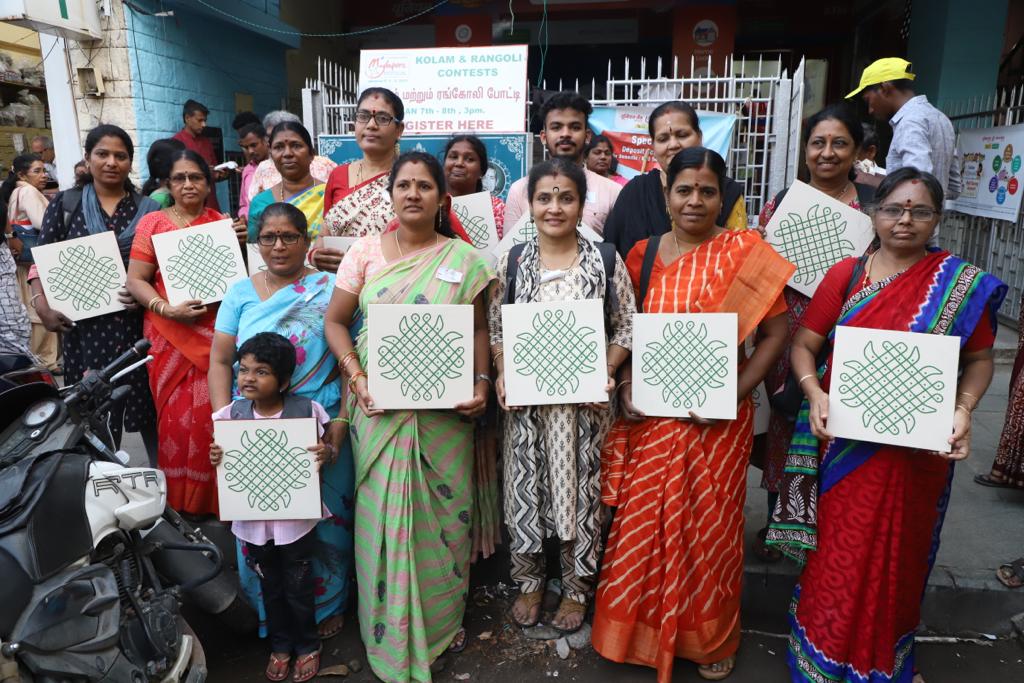 WATCH videos of the festival at https://www.youtube.com/@mylaporefestival7626